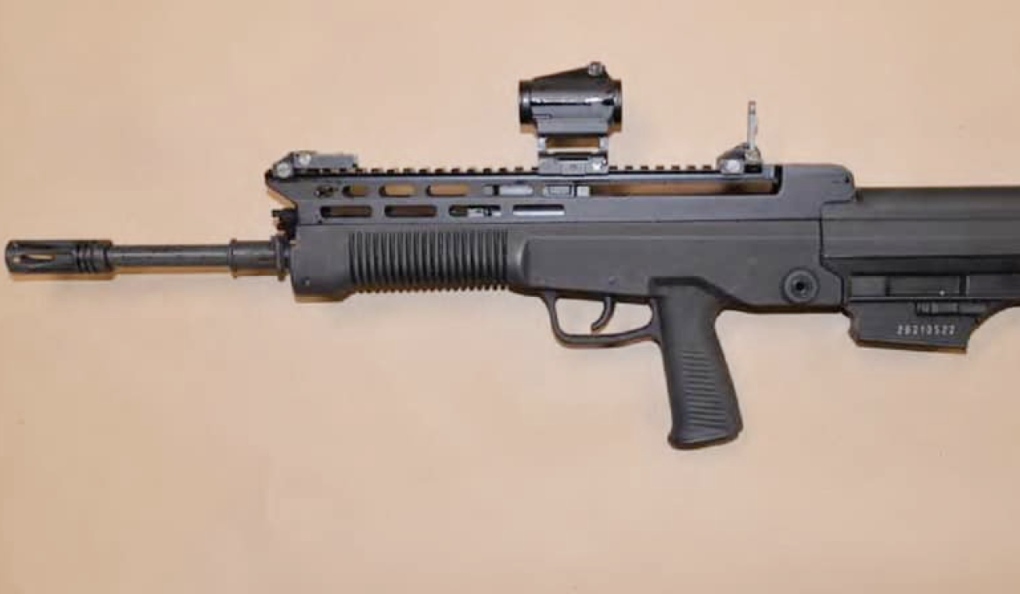 Three people from Sudbury are facing numerous drug and weapons charges after Greater Sudbury Police raided a residence in the South End of the city Feb. 20. Items seized include this assault rifle. (Supplied)

SUDBURY -- Three people from Sudbury are facing numerous drug and weapons charges after Greater Sudbury Police raided a residence in the South End of the city Feb. 20.

Among the items seized were a rifle, handgun, ammunition, body armour and drugs including cocaine, meth, LSD and Xanax.

Police received a tip Feb. 19 that a 24-yer-old wanted man was in the South End residence. Police were granted a search warrant based on evidence there were guns and drugs in the home.

Police arrived just after midnight Feb. 20 and arrested the 24-year-old man, as well as a 27-year-old woman and a 19-year-old man who were inside.

"The 19-year-old man was involved in the original incident and was also wanted on two outstanding arrest warrants," police said in a news release Wednesday.

Police seized: an assault rifle; handgun: laser sight for a firearm; multiple rounds of ammunition; a flip knife; body armour; multiple cellphones (believed to be stolen); $4,250 in cash (believed to be proceeds of crime); more than 18 grams of cocaine; more than 208 grams of crystal methamphetamine; 610 methamphetamine tablets; 258 Xanax pills; 268 doses of LSD; and, drug packing items, vacuum sealer and a digital scale.

The charges are part of an ongoing investigation into a robbery at a Regent Street motel just before midnight on Jan. 24.

"Information provided was that the caller had attended the motel with another man and when they entered one of the rooms, the man hit him with a gun and then stole his cellphone, as well as, a few thousand dollars in cash," Greater Sudbury Police Service said in a news release last month.

The 24-year-old arrested Feb. 20 was wanted in connection with that incident in January. Police also seized drugs, several firearms and other illegal weapons inside the motel room.