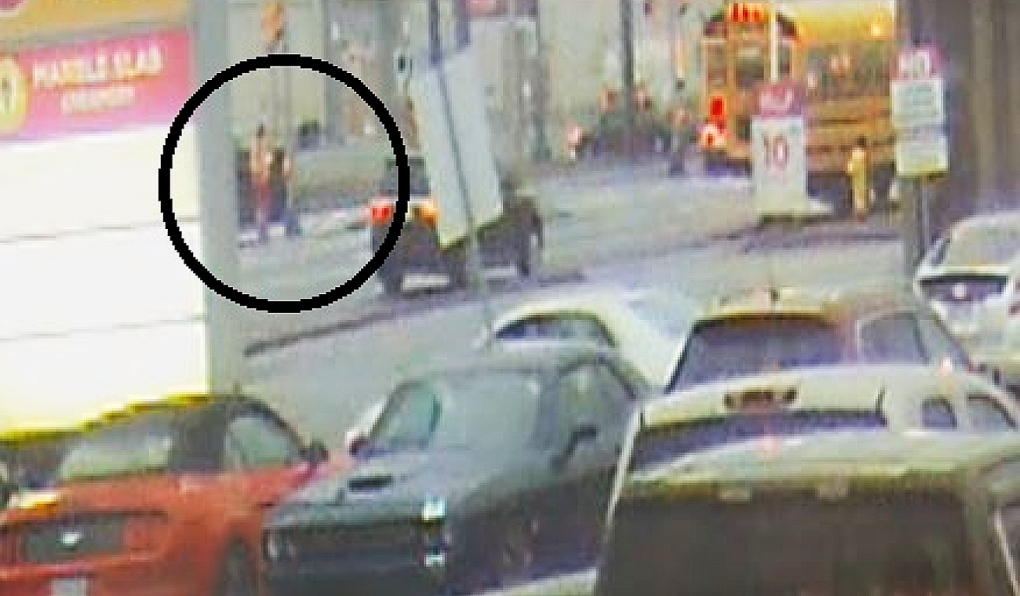 Greater Sudbury Police are hoping to find the person who was almost another victim of a fatal collision Sept. 13 at the corner of Barrydowne Road and Lasalle Boulevard. (Supplied)

Greater Sudbury Police are hoping to find the person who was almost another victim of a fatal collision Sept. 13 at the corner of Barrydowne Road and Lasalle Boulevard.

"Investigators have determined that a third pedestrian was nearly struck by the vehicle involved in the incident," police said in a news release Monday.

A 23-year-old woman died from her injuries after being hit by a vehicle and a 31-year-old man received serious injuries.

Police initially believed only two people were involved, but video footage of the incident shows a third person who apparently escaped injury.

The driver, a 34-year-old man, was charged with dangerous operation of a motor vehicle causing death.

Thousands of police officers carried out raids across much of Germany on Wednesday against suspected far-right extremists who allegedly sought to overthrow the government in an armed coup. Officials said 25 people were detained.

The Royal Canadian Mint is issuing a new $2 coin with a black ring in honour of the late Queen Elizabeth II.

Representatives from nearly 200 countries are to begin the real work Wednesday at a crucial meeting on global biodiversity -- hard talks on hard targets for saving enough of the world's ecosystems to keep the planet functioning.