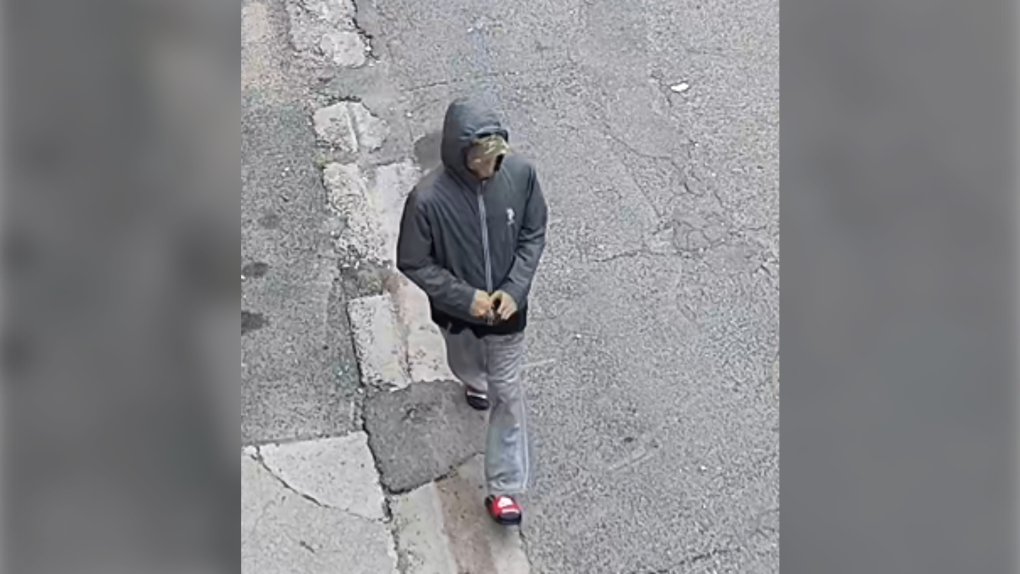 Greater Sudbury Police have released a photo of a suspect wanted in connection with a stabbing near Memorial Park in the afternoon of July 1. (Supplied)
Sudbury -

Greater Sudbury Police have released a photo of a suspect wanted in connection with a stabbing near Memorial Park in the afternoon of July 1.

"Information provided was that a man had stabbed another man and fled the scene on foot," police said in a news release Thursday.

The 34-year-old victim was stabbed in the arm and was taken to hospital with serious but not life-threatening injuries.

"Additional information provided was that the two men were involved in a physical altercation in the parking lot of the Tim Horton’s on Cedar Street shortly before the stabbing occurred in Memorial Park," police said. "This is believed to be a targeted and isolated incident."

The suspect is described as a Caucasian man between 6-foot-1 and 6-foot-2, with a slim build and was wearing a grey zip-up and baseball cap at the time of the incident.