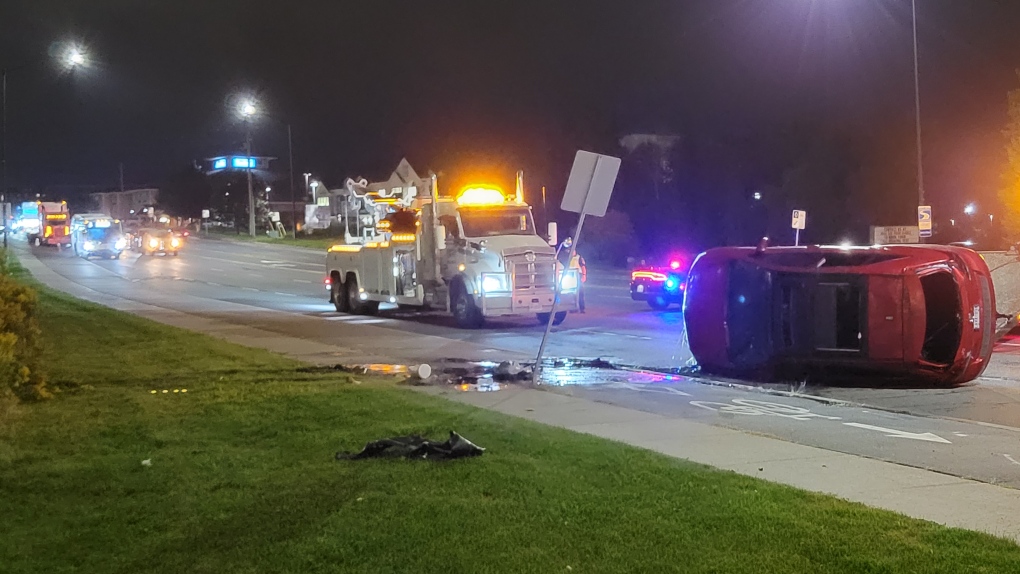 Vehicle had to be pulled out of a swamp off of Paris Street after a crash involving an alleged impaired driver. Aug. 29/22
Sudbury -

A 49-year-old man is facing charges after being rescued by Sudbury police when his vehicle ended up upside-down in a swamp Monday night.

Greater Sudbury police said the call came in around 7:30 p.m. about the single-vehicle crash at Paris Street near Centennial Drive, right in front of the health unit.

Officers arrived to find the vehicle on its roof submerged in a few feet of water with the driver still inside, police said in a news release Tuesday morning.

They quickly jumped into the swamp and pulled the man from the vehicle as water was pouring into the SUV.

The accused sustained minor injuries in the crash and was assessed by paramedics at the scene.

"While speaking with the man, he displayed obvious signs of impairment and as a result, he was arrested for impaired driving and dangerous driving," police said.

Adding, a breathalyzer given to the man at police headquarters confirmed he was over the legal limit for alcohol.

He was released from custody and is scheduled to appear in court Nov. 2.

At least two lanes of Paris Street in Sudbury were closed Monday night after a single-vehicle collision.