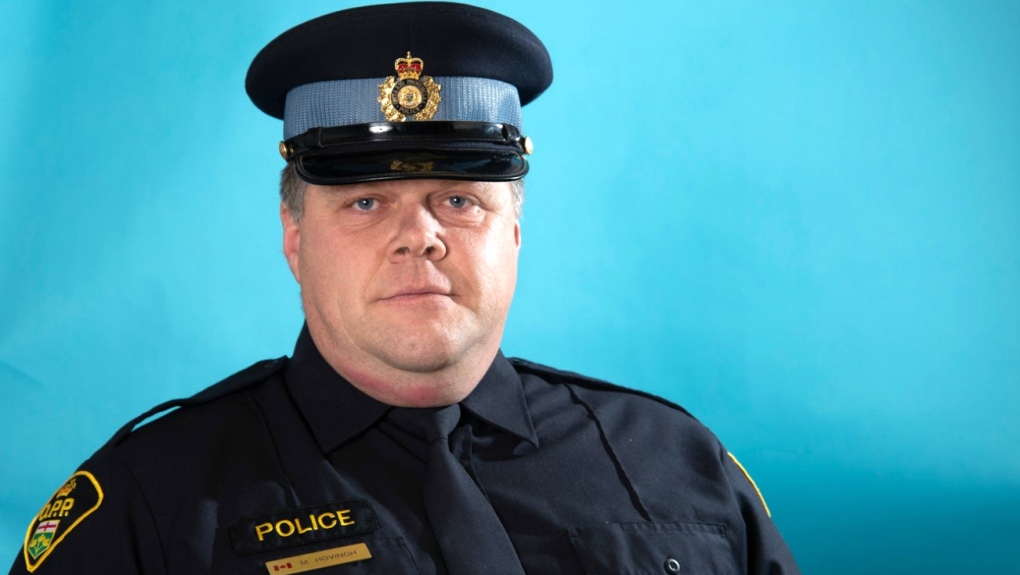 Police spokesperson Kaitlyn Dunn said in an email that they are limited in what information they can release because the incident is being investigated by the Special Investigations Unit (SIU).

But she said Sudbury police are helping to ensure "the scene is safe as there were improvised explosive devices located at the scene."

Hovingh, 52, was killed Nov. 19 when he and another officer responded to a call about an unwanted man on a property. The 28-year OPP veteran died in hospital after an exchange of gunfire with a suspect, 60-year-old Gary Brohman, who was also killed.

The unit is urging anyone who may have information about the investigation to contact the lead investigator at 1-800-787-8529.

Officials are also urging anyone who may have any video evidence related to this incident to upload that video through the SIU's website.

The community said goodbye to Hovingh at a funeral Saturday attended by Premier Doug Ford.