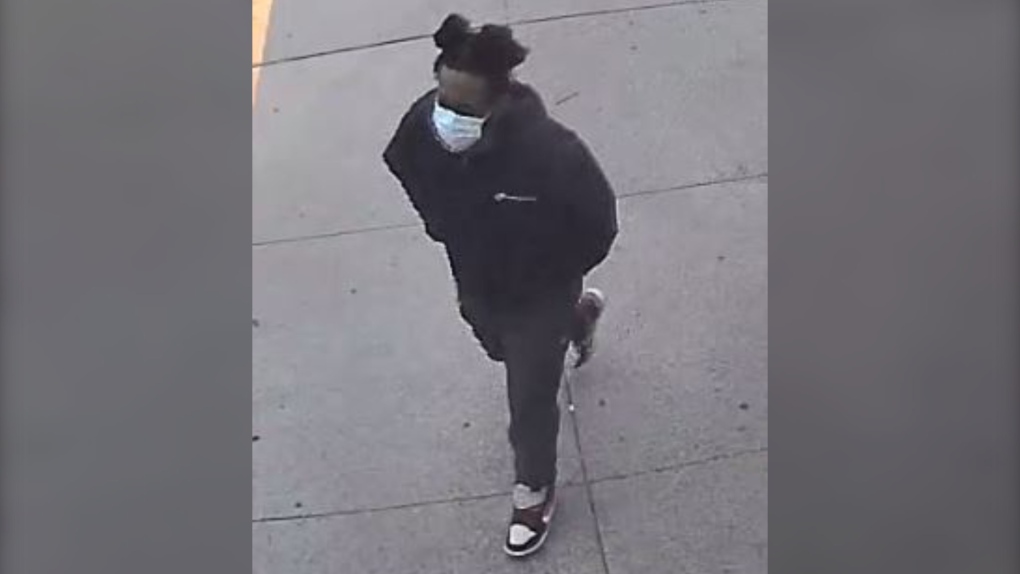 Sudbury police are looking for help identifying a man believed to be responsible for an alleged assault downtown on Elm Street. (Greater Sudbury Police Service)
Sudbury -

Sudbury police are asking for help in identifying a suspect in an alleged assault investigation.

It happened near the crosswalk downtown at the corner of Elm and Paris Street just before 3:45 p.m., a caller told police.

"Information provided was that a man was seen assaulting a woman after he knocked her down and began to kick her multiple times," Greater Sudbury Police Service said in a news release Monday afternoon. "Officers arrived on scene, however, the man fled prior to Police arrival and the woman was no longer in the area."

The alleged victim showed up at the police station around 5:30 p.m. and spoke with officers who called paramedics to bring the 31-year-old woman to the hospital. She sustained serious but non-life threatening injuries in the attack.

Police said the incident was a targeted attack and there is no risk to the general public.

The suspect is described as a Black male, between 6 feet and 6–foot-3-inches tall, with his hair in multiple buns.

LIVE at 3:30 MDT | Shandro to be replaced as Alberta health minister in Kenney cabinet shuffle: sources

OPINION | Don Martin: Sooner or later in this status quo mandate, Justin Trudeau will take his walk in the snow

It might take a year or longer before it becomes clear to him, but Prime Minister Justin Trudeau will eventually realize he’s finished, Don Martin writes in his exclusive column for CTVNews.ca.

As Canadians are waking up to more of the same after Justin Trudeau managed to hold on to power following Monday's election, international media reacted to the prime minister's 'gamble.'

There are a number of young pregnant women battling COVID-19 in intensive care units across B.C., all of them unvaccinated, according to health officials.