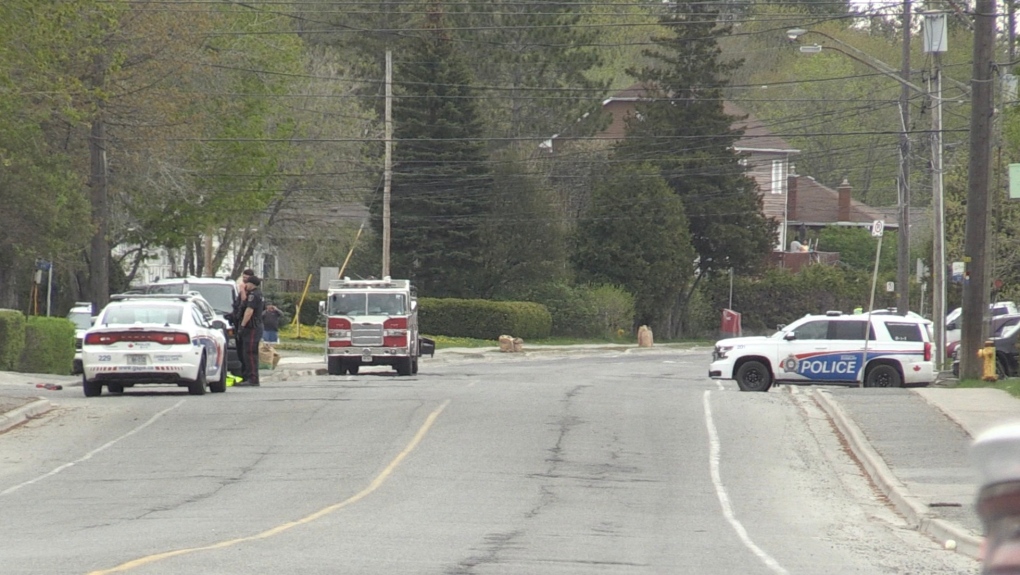 Police are requesting the public avoid the area of Howey Drive at Van Horne due to an increased police presence. May 24/2020 (Alana Pickrell/CTV Northern Ontario)

SUDBURY -- A section of Howey Drive remains closed to the public as Greater Sudbury Police Service continue to investigate a firearms call.

"This morning we received a call of two males in the area of Christakos Street and it was information that it was firearms-related," said Staff Sergent Daryl Adams. "As a result of that, patrol officers were immediately dispatched to the area and subsequently tactical officers were sent to the area to contain and ascertain what exactly they were dealing with for public safety."

Adams says one arrest has been made in connection to the incident.

The Greater Sudbury Police Service sent out a tweet at 11:30 on Sunday asking the public to avoid the area due to an increased police presence.

Several fire trucks were also on scene, however police were unable to confirm why.

"I can't speak to those details, but what I can say is those vehicles were there, are a precautionary measure as deemed appropriate for public safety."

Officers and detectives are on scene and the investigation is on-going.

It is unknown when the section of road will be opened back up to the public.