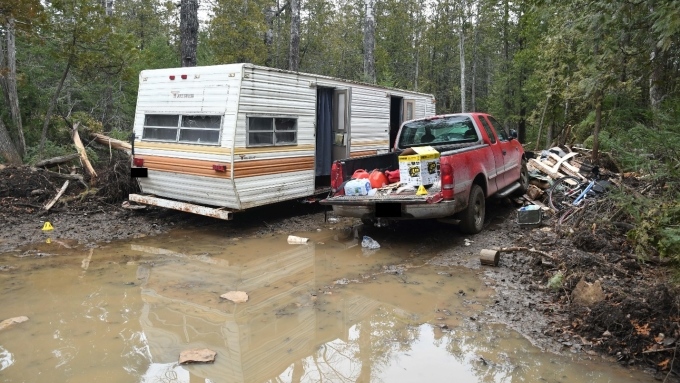 OPP were called to this trailer on a country trail in Gore Bay on Manitoulin Island. (Special Investigations Unit)

Sudbury's Criminal Investigations Division was dispatched to the island after the Ontario Provincial Police had asked for its involvement after the shooting last November.

"The OPP had asked because of the death of a fellow OPP officer that they requested the Greater Sudbury Police Criminal Investigations Division take over that investigation," Det. Insp. John Valtonen said.

The Sudbury investigators were at the scene almost immediately but it took time for police to access the site because it was in the bush and some all-terrain vehicles were needed.

According to the SIU report, it also took officers on the scene some time to fully access the area because it had reportedly been booby-trapped. Several improvised explosive devices were later found on the property.

The SIU revealed Gary Brohman, the civilian who shot and killed Hovingh, was found to be living in a trailer that he had parked illegally on someone's property in Gore Bay. Officers found guns inside the trailer, which was sent to Barrie for further examination. 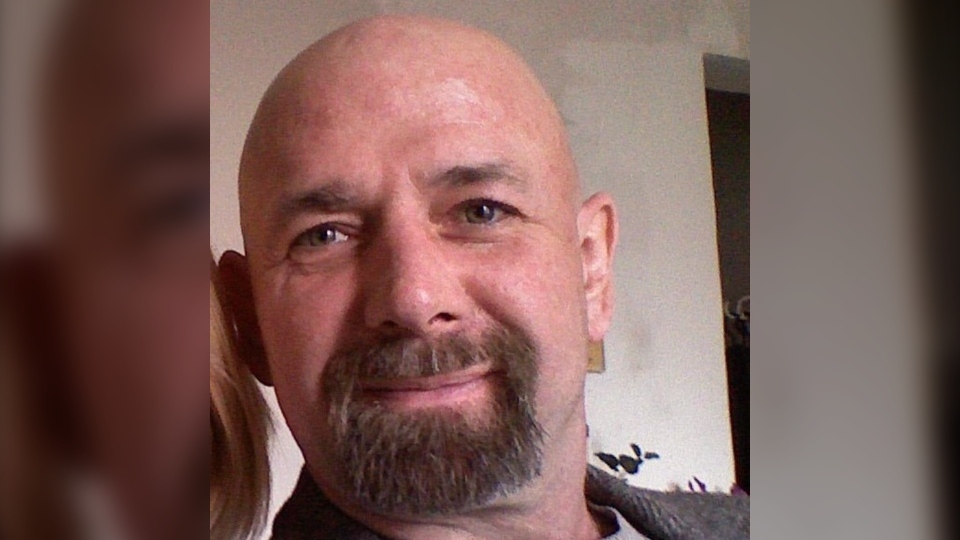 Valtonen said the mandate of their criminal probe is clear.

"So despite the fact that other folks who were involved in the incident are deceased, we still have to find (out) for the families involved," he said. "I think everybody can appreciate the fact that this is a highly emotional, highly-involved investigation."

The inspector said they're looking at everyone and everything with the goal of providing closure for everyone.

He said investigators are still waiting on information from other agencies to ensure they understand the complexity of the evidence gathered.

"It's certainly not going to be another year. We're in a good position to move forward by, hopefully, mid-summer being a time where we could put hand on heart and say the investigation is concluded and we've turned over everything that we could and exhausted everything we could," Valtonen said.

Allowing for another police agency to complete the investigation allowed Hovingh's colleagues to grieve.

"It was a terrible incident, tragic, and it helped the officers dealing with the emotional call of dealing with one of their own being killed in such a violent manner," Valtonen said. "We certainly appreciate the support from not just the OPP, but the community of Manitoulin Island, and everybody surrounding both families, and everyone involved to get through this terrible incident and find some closure."