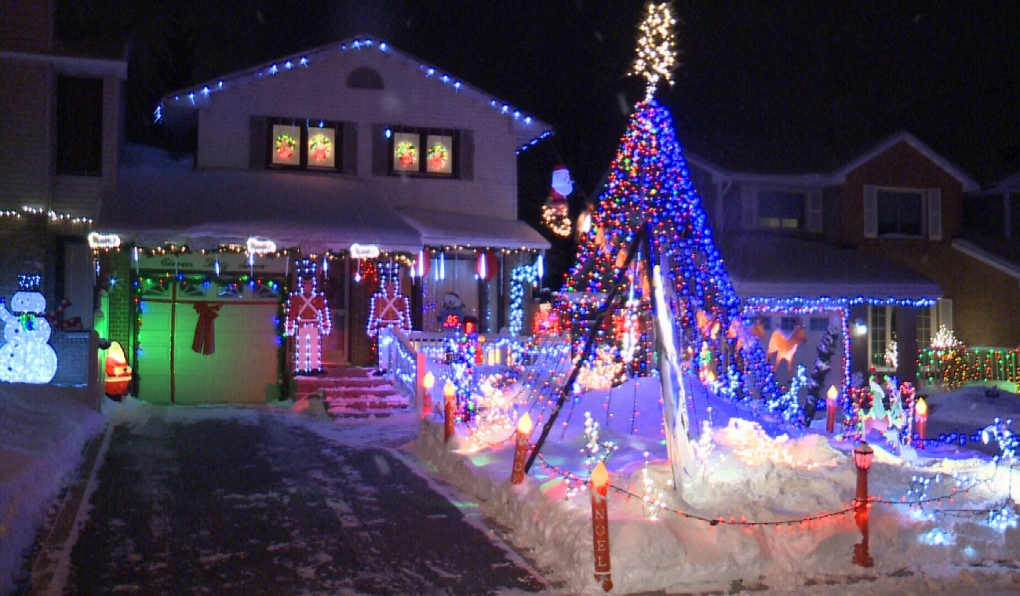 Police were called at 9 p.m. to respond to a theft-in-progress, with a caller reporting that a woman parked her vehicle on Poulin Street.

“(She) then proceeded to exit the vehicle, walk up the driveway and unplug two lit, decorative holiday vases located on the property,” police said in a news release Tuesday.

“The witness also observed numerous additional holiday decorations in the possession of the woman, including an inflatable Santa Claus on a motorcycle.”

When she was challenged by a neighbour, police said the suspect fled the area, leaving the items behind.

“As police were investigating this incident, the owner of the inflatable Santa Claus attended the area to report that their decoration had been stolen from their front yard on Aldege Street around 8:22 p.m.,” police said.

That incident was captured on video surveillance, giving police a description of the vehicle and the suspect. They soon determined where she lived and went to her home.

She is charged with theft under $5,000 and possession of property obtained by crime. She was released on an appearance notice with a scheduled court date of Feb. 1.

“Video surveillance is the single most important thing a homeowner or business can have to protect their property,” police said.

“A high-quality video system that is activated and in good working order will assist officers in identifying those responsible for Theft. Always ensure the lens is clean and the camera is pointing in the proper direction.”

Police also said if residents see anyone in the neighbourhood who appears to be engaging in suspicious or criminal activity, call police at 705-675-9171. In the case of an emergency, including a crime in progress, call 911.

To report a theft after the fact, use the online reporting system.