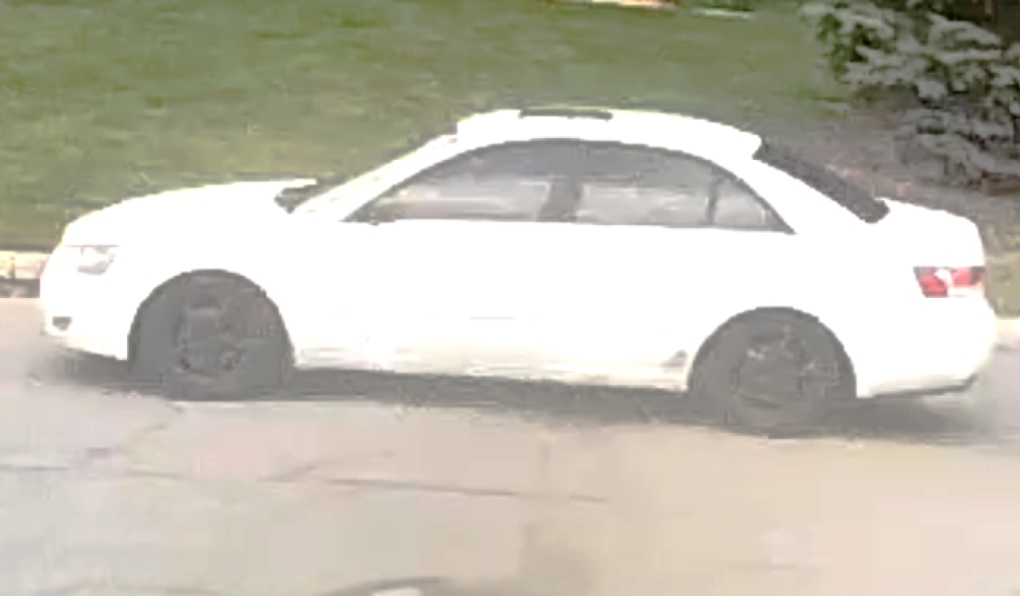 This is the vehicle police say was used during the shooting, a 2007, white, four-door Hyundai Sonata. It has been seized as detectives have applied for and been granted a search warrant for the vehicle. (Supplied)

Greater Sudbury Police have arrested one person wanted in connection with a shooting Sept. 28 on Grandview Boulevard.

However, the suspected shooter has not been located.

In a news release Thursday, police said they arrested the driver of the vehicle believed to be involved in the shooting.

The 19-year-old was arrested in Azilda on Wednesday. He has been charged with various weapons offences and mischief under $5,000. A bail hearing was scheduled for later Thursday.

"Based on the investigation, the vehicle that was used during the shooting, a 2007, white, four-door Hyundai Sonata has been seized as detectives have applied for and been granted a search warrant for the vehicle," police said in a news release.

"The individual responsible for the shooting, a passenger in the vehicle, remains outstanding. This is believed to be a targeted incident and there is no information to suggest that it is connected to the shooting on Willow Street on Oct. 5."

The Winnipeg Police Service believes the remains of two victims of an alleged serial killer are in a landfill north of the city, but say the recovery of their bodies is likely impossible.

Democratic Sen. Raphael Warnock defeated Republican challenger Herschel Walker in a Georgia runoff election Tuesday, ensuring Democrats an outright majority in the Senate for the rest of President Joe Biden’s term and helping cap an underwhelming midterm cycle for the GOP in the last major vote of the year.