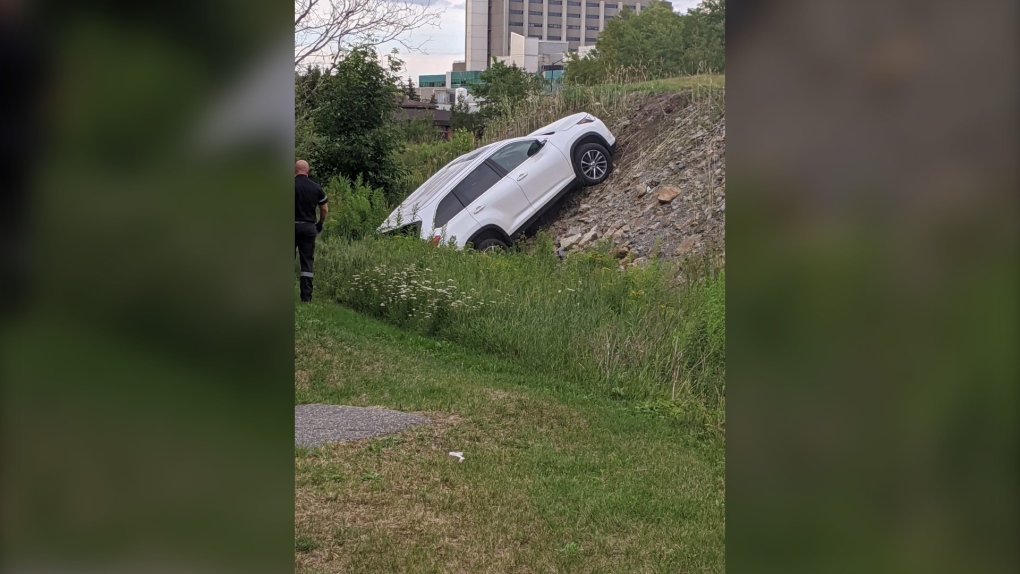 SUDBURY -- A man has been charged with impaired driving after backing his car off a small cliff near the Health Sciences North.

Mark Wright is the superintendent of Ramsey View Holdings. He said the car went over the end of the parking lot at the new building behind RBC Dominion Securities and landed in the cul de sac of Ramsey View Court.

The driver was the only one in the vehicle at the time of the crash and was not injured.

Officers noticed alcohol on the man's breath while speaking to him at the scene.

After failing a field sobriety test, he was arrested and taken to police headquarters downtown, where his breath samples registered over the legal limit.

As a result, the 65-year-old man has been charged with impaired operation – over 80.

He was released and is scheduled to appear in court on Sept. 16.

The allegation has not yet been proven in court.