A park in Sudbury's Flour Mill community has a new name honouring a long-time volunteer.

Charbonneau, who was born and raised in the neighbourhood, has volunteered thousands of hours. His fundraising work helped improve the Percy Park fieldhouse and rebuild the outdoor rink.

"It's amazing, the feeling that I have being so grateful for what's gone on here today," Charbonneau told CTV News in an interview.

"Thankful for all the support I've received, the leaders from our society here, the city, it's just an honour." 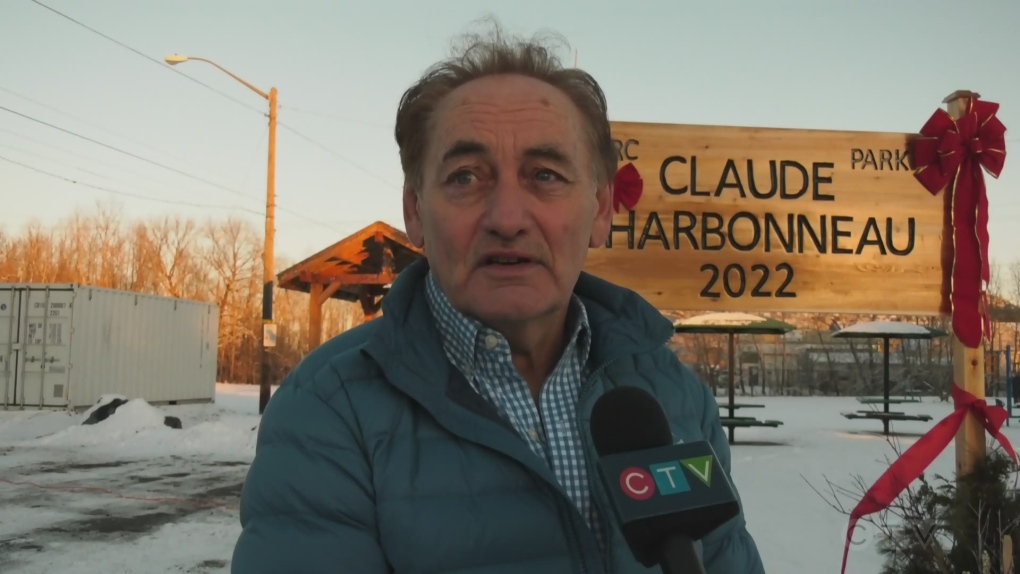 It was the Labourers' International Union of North America (LiUNA) that put forward the request to have it renamed.

Percy Park had been named for Percy Johns, the Sudbury-area businessman who had donated the land to the city in 1941.

The city said it sought the permission of the Johns family, who were present via Zoom for the dedication, before the renaming.

"For me, this is a place where when the kids come here, they can forget about everything," said Charbonneau.

"It's great that we have a beautiful facility here, it's safe and it's new. Kids love it. We have adults that come and use the exercise equipment. It's great to see a variety."

In his speech, he gave credit to his neighbours who he said were instrumental in helping maintain the park.

"He's the one when you have vandalism in the park, instead of calling the police, he goes to visit the parents to see if there's something he can do to help. That's the person we're talking about."

Landry-Altmann, who represents the Flour Mill as part of Ward 12, said it's just a small token for the amount of work Charbonneau's given to the city.

"I had the pleasure of getting to know Claude in my former role and saw his advocacy and how passionate he was about this area. Once you get to know Claude, you see the leadership in him, the passion in him about his community," said Sudbury Mayor Paul Lefebvre.

Charbonneau received the City of Greater Sudbury Civic Award in 2008 and the June Callwood Award for Outstanding Volunteer in 2016.