The sport of pickleball has grown in popularity in the Nickel City over the past four years.

In 2017 the Greater Sudbury Pickleball Association was founded, and within in a year, the dream of offering an outdoor court became a reality.

Pickleball is a mix of tennis, badminton, and ping pong.

Jim Dickson is in his eighties and has been playing the sport for six years. He was an avid tennis player before he started having difficulty with arthritis in his hand.

"Went out and tried it. It was good for my hand. So, I went from tennis to pickleball. And I love it. It's an easy game to play. Anybody can play it." said Dickson.

"The sport is easier on your muscles and joints because the whiffle ball that we use and the paddles are lighter than equipment say in tennis. So, it's very attractive to our demographic, but the youth, when they catch hold, and this is throughout North America, they're changing the sport." said Sharon Bourque of the Greater Sudbury Pickleball Association. 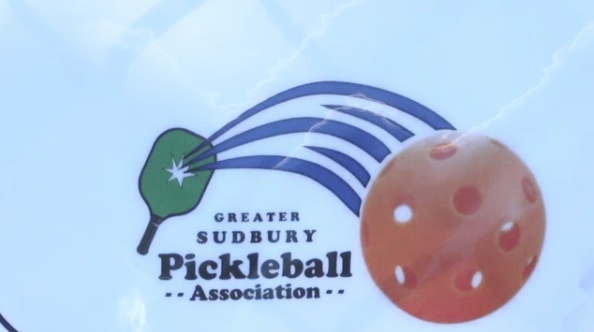 With the installation of the new outdoor court at O’Connor Park in Sudbury’s Flour Mill Neighbourhood, the local pickleball association hopes to get more young people in the area involved in the sport.

That is one of the reasons the city and Ottawa dished out over $50,000 to make the project a reality.

"This particular court will bring hope, but also a new avenue for kids. And it’s a game that's easily played, so the win is easy to get to obtain. So, it's encouraging and that's the idea. Better Beginnings is going to be taking classes from the association, how good is that?" said Ward 12 city councillor Joscelyne Landry-Altmann.

During the winter, more than 120 pickleball players have access to indoor venues.

Although the new court at O’Connor Park is the first outdoor playing space, the association hopes it won't be the last.

If you want to try out pickleball, but don't want to dish out money for the paddle and ball just yet? You can borrow them at the South End and Valley libraries free of charge.