SUDBURY -- For Lukah Labrecque, a nine-year-old Sudbury, Ont., boy diagnosed with a brain tumour, July 8 is a day that he won't soon forget.

While he was expecting to step outside to play hockey with his big brother, a few other players wanted to join in. Among them was NHL star and Sudbury's own Tyler Bertuzzi.

"What I heard is we're just going to take a couple (of) shots, (then) go swimming," Lukah said. "So my big brother mentioned something about the news and stuff … so I walked out the door and I just see a bunch of people there!" 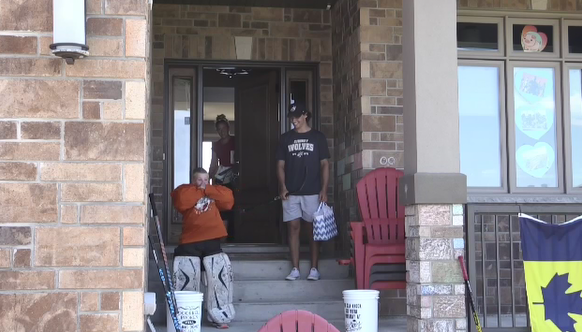 Accompanying Bertuzzi was Sudbury Wolves winger Gio Biondi, who has stopped by a few times before to play with Lukah, a goalie in the Sudbury Minor Hockey Association.

"Just the fact that I thought it would be a normal day and then all of this happened," said Lukah, moments after playing with the NHL star. 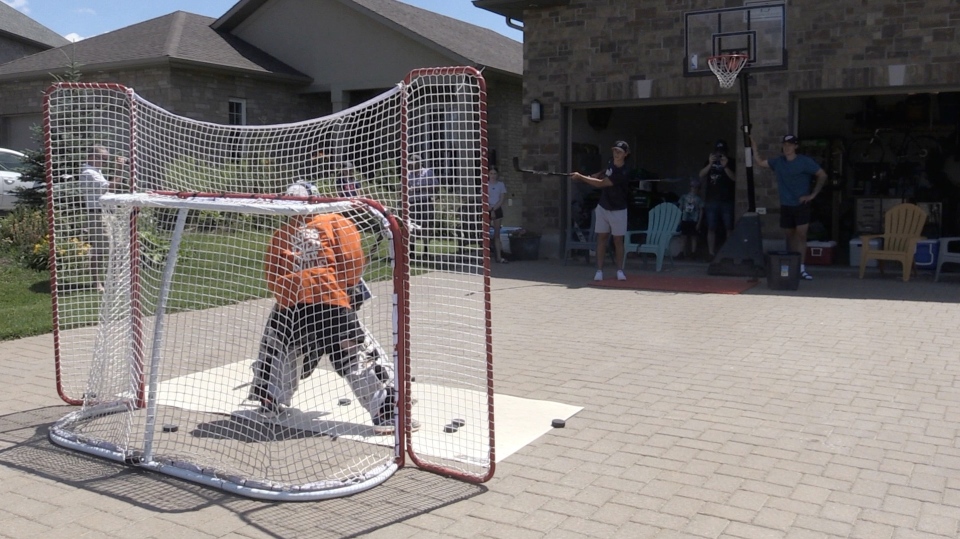 Nine-year-old Lukah was diagnosed with a brain tumour in November 2019. The devastating diagnosis came just a few months after his aunt faced a similar situation.

"Hearing the news is surreal, it's shocking," said Lisa Labrecque, Lukah's mother. "But we're working with doctors in Toronto and (getting) scans every five months."

After noticing Lukah was often fatigued and suffering from headaches, the family doctor suggested an MRI, given the recent family history.

"We try not to talk about it," said Lisa. "I don't want to bring him down or get him frustrated or scared, so we treat him like a nine-year-old boy."

Following his most recent scans earlier this month, that is exactly the advice given to the family by physicians.

With no growth in the tumour, Lukah was told to continue to live life as he normally would.

Despite the recent positive outlook, the last year has not been an easy time for the Labrecque family. That's when friend and community activist Kim Brouzes decided that a morale boost was in order.

"So I contacted Tyler Bertuzzi and said ‘this kid could use a good day, a good memory, certainly a good experience,’" said Brouzes. "So Tyler jumped on board … Luca got to deflect or play goalie against a Sudbury Wolves player and an NHL player and it worked beautifully!"

Brouzes and Bertuzzi are now spearheading the annual NHL Charity Golf Tournament, which had to be cancelled this year due to concerns surrounding the COVID-19 pandemic.

With funding needed for local agencies, such as the Northern Ontario Families of Children with Cancer (NOFCC), Brouzes realized Bertuzzi's smile provided a unique opportunity to sell face-masks showing off his infamous toothless grin. 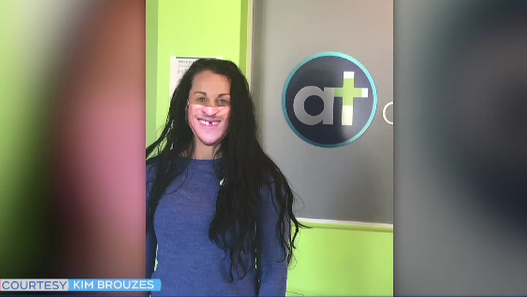 "What we did was we recreated Tyler Bertuzzi's smile, missing the one tooth, so it is a smile that you can't miss and can't replace," laughed Brouzes, while wearing one herself.

Knowing the cause was important and was helping families such as the Labrecques, Bertuzzi was on board. 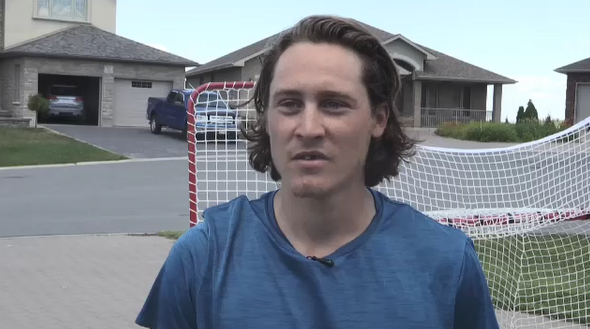 "It's funny," said Bertuzzi. "It's a little bit of both, obviously the safety part of it, but the funny part of it (too). It's going to be good and I'm excited to get these sold and get the money to charity."

The masks are being sold for $70, with all funds going directly to the NOFCC, which works to provide financial relief for families of children fighting cancer. The organization helps those families cover costs such as travel expenses and medications not covered by OHIP and tutoring costs.

"This is a wonderful replacement for (the charity golf tournament)," said Dayna Caruso, executive director of the NOFCC. "We're definitely always looking for fundraisers that we can accomplish from a distance throughout this time because NOFCC doesn't have a lot of funding coming in, but obviously over the last couple of days we've seen some very great initiatives come out of the community."

Not only did the two hockey players show up for Lukah, so did nearly two dozen neighbours and friends, who were all gathered in social bubbles to show their support.

"I can't even say enough for this community," said Brouzes. "So within a few minutes and with a few phone calls…we had half the community here cheering on Lukah. But more importantly, showing him for a brief moment the heat doesn't matter, the brain tumour doesn't matter and he got an experience of a lifetime that he will remember for a lifetime."

In addition to the priceless memories, Lukah left with some tangible gifts, including a signed hockey stick and one of the new Bertuzzi face masks.

Missing from the action was Sudbury's other major NHL star, Nick Foligno, captain of the Columbus Blue Jackets. But he made sure to send Lukah a video greeting to show his support.

That message, along with nearly a few dozen neighbours, was enough to overwhelm the family with gratitude.

"What do you say to that? There (are) no words," said Lisa. "Holding his hand in the MRI machine versus this, you can't compare. This is amazing."

Those sentiments echoed by her son.

"It means everybody is here to look out for me," said Lukah.

If you would like more information on purchasing a Tyler Bertuzzi face mask, you can email kim@atrcc.ca, follow the social media channels of Active Therapy+ or contact the NOFCC.