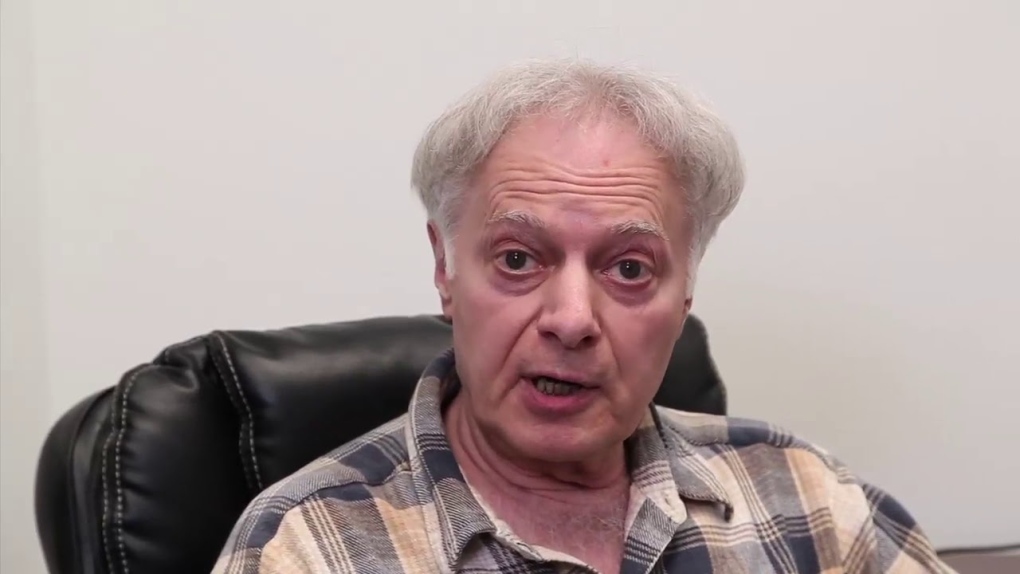 SUDBURY -- A judge has sentenced a Sudbury man who was found guilty in September of promoting hate against a marginalized group to 30 days in jail.

David Popescu, who is in his 70s, is known locally as a perennial political fringe candidate that has been unsuccessful in elections for all levels of government and has often used open debates to promote his extreme religious views. He was banned from at least one debate in 2018.

Popescu was charged after he distributed materials during the 2018 provincial election that said former Ontario Premier Kathleen Wynne should be put to death because of her sexual orientation. It was not the first time he called for violence against the 2SLGBTQIA+ community.

"Mr. Popescu is very steadfast in his religious beliefs, which include very intolerant views against the 2SLGBTQIA+ community, which has resulted in multiple criminal charges of wilfully promoting hatred against an identifiable group in 2009, 2015 and 2018, and now two convictions against Mr. Popescu for the charges arising in 2009 and 2018," Justice Heather-Ann Mendes said in the sentencing hearing on Wednesday.

His trial for the most recent charge was held over several days in November 2019 and wrapped up on Jan. 17, 2020, with Popescu representing himself despite lacking any law training.

In Mendes' decision, Popescu was quoted as saying "God's wrath is on all who show compassion of (Kathleen Wynne's) kind and commands good government to put her to death."

He tried unsuccessfully to use the right to religious freedom as his defence.

"The court is well aware that Mr. Popescu is entitled to his opinions on religious subjects and he is entitled to publically attempt to convince others of the correctness of his belief and make statements relevant to any subject of public interest, such as the provincial election," Mendes said. "However, I've found that Mr. Popescu did not limit his materials to those opinions and he specifically called people to action through violence."

Freedom of expression is not protected under the Charter of Rights and Freedoms when it promotes violence, she said.

"I found that Mr. Popescu had taken passages from the Bible and added his hateful motives to sensationalize his distributed materials to grab people's attention and spread his violent and cruel message under the guise of religion during election times," Mendes said.

During sentencing submissions, the court received a community impact statement from Fierté Sudbury Pride, a group that represents the local 2SLGBTQIA+ community.

"Overall, we’re pleased with the result of yesterday’s sentencing hearing.

While we do believe that the prison system should be reformed or even abolished, we hope that this will have the effect of dissuading others from expressing views that are equally as hateful as Mr. Popescu’s. Though he shows no remorse and plans to continue to espouse his vile rhetoric, his sentence shows that it’s still possible for people to face consequences for targeting and inciting violence towards marginalised groups.

But he’s just the tip of the hatemongering iceberg. There are still those in this city who freely believe and express views that might not be as extreme or as transparently hateful as Mr. Popescu’s, but that can still cause damage to those around them, be they complete strangers or their family members. We don’t need to let those ideas take up any space. As community members, we each need to do our part to stamp them out and stand up to them when we hear them.

We sincerely hope that Mr. Popescu learns from this experience. Otherwise, we look forward to seeing him and his dozen of fans once again fail spectacularly in his next election."

"The statement set out how the hateful messages spread by Mr. Popescu leave a very profound emotional and psychological impact on their members, noting that their community has historically been marginalized and oppressed," Mendes said. "The statements made by Mr. Popescu specifically call for their death and vilify them as sex perverts. And while Mr. Popescu himself has not been violent, his words may inspire others to act violently against their community members."

She said jail time is warranted because it is Popescu's second conviction for the same crime and he has shown no remorse and intends to re-offend.

The judge noted Popescu received a suspended sentence and 18 months probation in his first conviction in 2009.

Mendes also said that a pre-pandemic sentence would have been 90 days in jail served intermittently on weekends, but due to COVID-19, intermittent sentences are currently unavailable. In addition to the 30 consecutive days in jail, Popescu will be on probation for two years upon his release.

He is also required to complete court-ordered counselling.

It is unclear if Popescu was taken into custody following the sentencing hearing or if he will present himself at the Sudbury jail at a later time.

Popescu was also convicted for assaulting his mother during an argument in 2006.