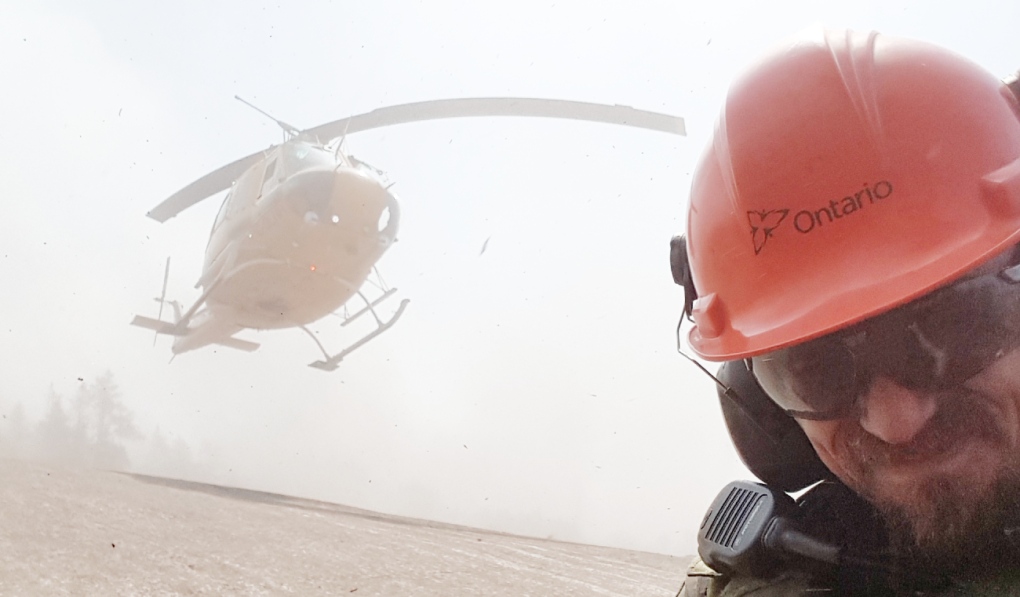 Koskela is part of the Ministry of Natural Resources and Forestry Sudbury enforcement unit working out of the Sudbury office.

In a news release, the association said Koskela has held a variety of positions in a career with the MNRF that has spanned more than 30 years, the last 22 years as a conservation officer in Gogama and Sudbury.

"Throughout his career, he has proven to be a competent and skillful investigator who maintains excellent working relationships with other enforcement agencies who value and respect his investigation skills," the release said.

"This respect is evident in the 26 letters of commendation that supported his nomination for this award."

'Goes above and beyond'

“Peter is a dedicated officer who goes above and beyond to see an investigation through, including working long hours and leaving no stone unturned until he is satisfied that he has collected all the evidence available,” OCOA president Sean Cronsberry said in the release.

“Peter isn’t the type of person who requires public recognition or acknowledgement for the work he does. He takes pride in his job and finds personal gratification in completing his duties to the best of his abilities. It is an honour and a privilege to publicly recognize Peter for his accomplishments.”

Some of Koskela’s career highlights include:

- Conducting and assisting with many complex investigations, including investigations into careless hunting, forest fires, and illegal moose and elk hunting.

- Being a valued member on many MNRF Enforcement Branch initiatives, including the creation of the North East Region decoy team, snowmobile procurement specification development, uniform and fleet committee and delivering training to other conservation officers on vessel safety legislation.

Koskela is also a past recipient of the North American Wildlife Enforcement Officers Association Torch Award, given to recently appointed officers "who have demonstrated exceptional ability and initiative in the performance of his or her duties and is respected by his/her peers and the general public."

He has also worked alongside Greater Sudbury Police to promote safe snowmobile operation and wilderness survival to high school students.

"This includes a two-day session each year where over 50 students receive one day of classroom instruction followed by a second day that consists of a 100 km guided snowmobile tour that focuses on safe snowmobile operation practices on both lakes and trails," the release said.

For his part, Koskela said he was thankful to receive the recognition.

"I am deeply honoured to be recognized by my peers, and for that I am very grateful," he said in the release. "I share this award with all the people that I have worked with, and those that I have crossed paths with throughout my career.

"I believe what makes us better is working together. Being a part of this team of conservation officers and enforcement branch staff and witnessing their dedication has truly been inspiring.”