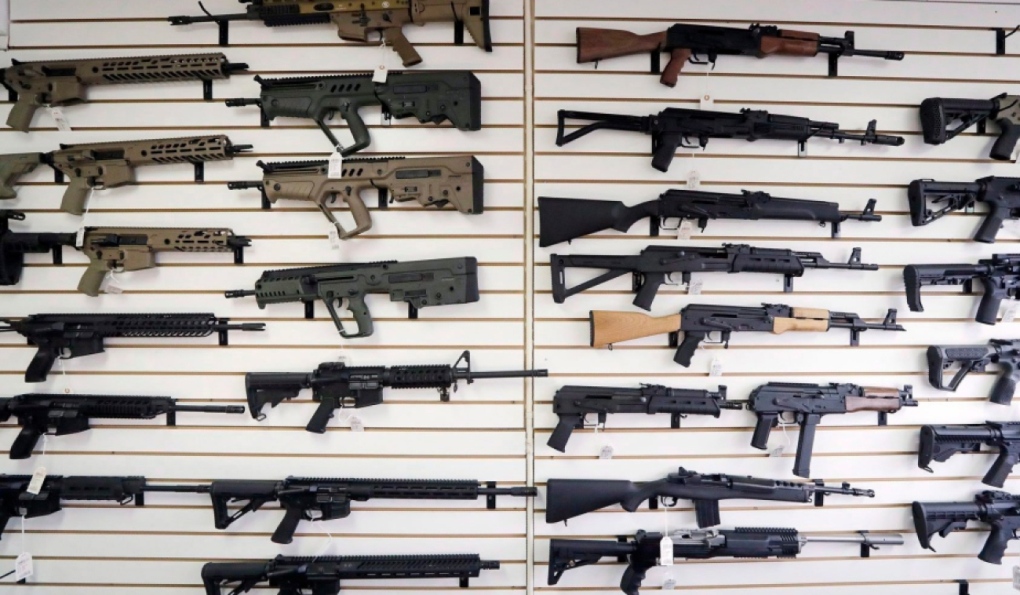 The federal government banned a variety of assault-style rifles in May 2020. (File)

SUDBURY -- A Sudbury man who owns three guns recently reclassified as prohibited in Canada has lost a court fight seeking to reverse the newly imposed ban.

The guns – a Smith & Wesson firearm, a Dominion arms firearm and a Palmetto State firearm – moved from being on the restricted list to the prohibited list in May 2020.

In his appeal, the man argued that his license to own the weapons had been revoked when he received a notice in July 2020 informing him the guns were now prohibited.

Under section 74 (1) of the Firearms Act, if someone's license to own guns is revoked, they can appeal to provincial court to have that decision overturned.

In a decision released Jan. 14, a Sudbury judge ruled the man's license wasn't revoked, it was nullified by the change in Canadian law.

"It is sometimes the case that in the rush to find a remedy or solution to a pressing social problem, the rights of others are ignored or trampled upon," the judge in the case wrote. "In the present case, the applicant … is a law-abiding citizen who acknowledges the right of the government to make regulations controlling the ownership and use of firearms. What he opposes is the summary manner in which this has been done in his case and that of other firearm owners."

In this case, however, the judge said there's no evidence that the Registrar of Guns, which sent the man the notice, had the power to revoke the licence for the firearms. Instead, the registrar was simply informing the man that the law had changed.

"The registrar does the bidding of the Governor-in-Council, not the opposite," the judge said. "He or she is not a legislator or in the business of drafting legislation."

Since the licence hadn't been revoked by the registrar, the judge didn't have jurisdiction to make a ruling under the Firearms Act.

However, he said the man may have an argument under the Canadian Charter of Rights and Freedoms.

"His concerns find echo in section 8 of the Canadian Charter of Rights and Freedoms," the judge said. "That section of the Charter guarantees Canadians protection against unlawful search and seizure of their property. While that concern is not a matter over which this court has jurisdiction in the present case, it may eventually be addressed by a court of superior jurisdiction in the context of similar matters before it."