Canada has some of the highest rates of Crohn’s disease and ulcerative colitis in the world. On Sunday, the 27th annual Gutsy Walk took place across the country in support of Crohn’s and Colitis.

A large group of people gathered in Sudbury for this year's walk, to not only raise funds for research but to also raise awareness.

Participant Steffany Byrnes was diagnosed with colitis almost a decade ago and has been participating in the walk ever since.

She said raising money to find a cure is important to her.

“Considering I have colitis, I know what it’s like .... all the pain, all the urgencies, all the everything," said Byrnes.

"So it’s really important to me to find a cure for it so that it can all stop." 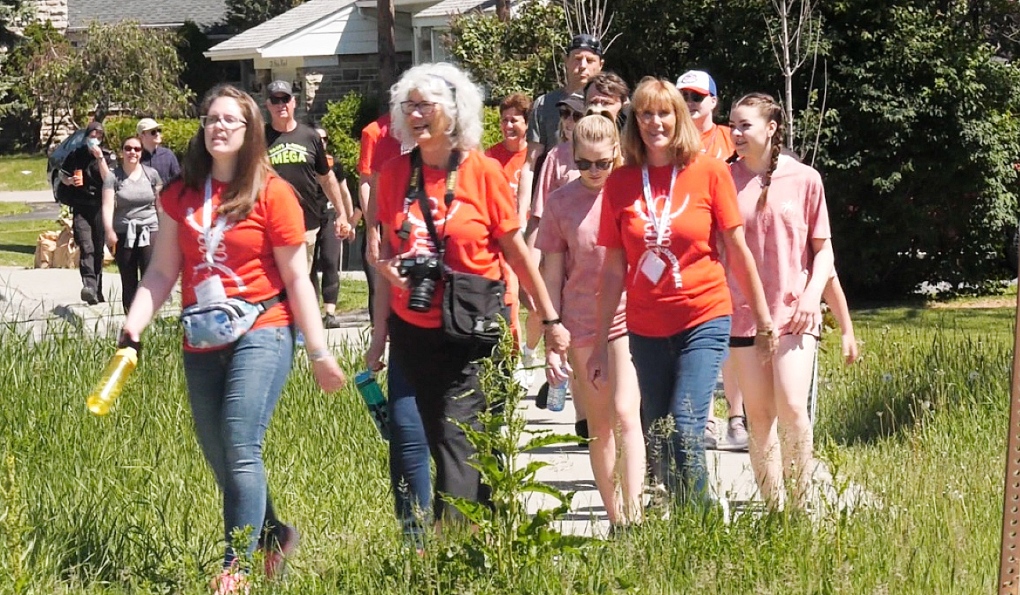 Canada has some of the highest rates of Crohn’s disease and ulcerative colitis in the world. On Sunday, the 27th annual Gutsy Walk took place across the country in support of Crohn’s and Colitis. (Molly Frommer/CTV News)

Another participant, Avery Graham, was diagnosed with Crohn’s disease when she was 12 and has been taking part in the walk ever since. She said it’s vital to raise awareness about the disease.

"It’s important because a lot of people don’t know about Crohn’s and colitis," said Graham.

"They ask you about it and you tell them and they’re like 'I’ve never heard of that before.' So it’s good to get awareness out"”

Organizers said more than 300,000 Canadians are living with the disease and researchers expect that number to grow by 100,000 by 2030.

"A few years ago our numbers were one in 150 were diagnosed with Crohn’s disease and that has increased to one in 140," said Sarah Bouchard, organizer of the Gutsy Walk in Sudbury.

"As someone who lives with Crohn’s disease, I know the importance of raising funds for this cause. The money raised stays with Crohn’s and Colitis Canada. Patients in our community are benefiting from these funds, things like telemedicine programs, patient support programs, and research that directly impacts anybody who is living with Crohn’s and colitis."

Four more ships carrying agricultural cargo held up by the war in Ukraine received authorization Sunday to leave the country's Black Sea coast as analysts warned that Russia was moving troops and equipment in the direction of the ports to stave off a Ukrainian counteroffensive.