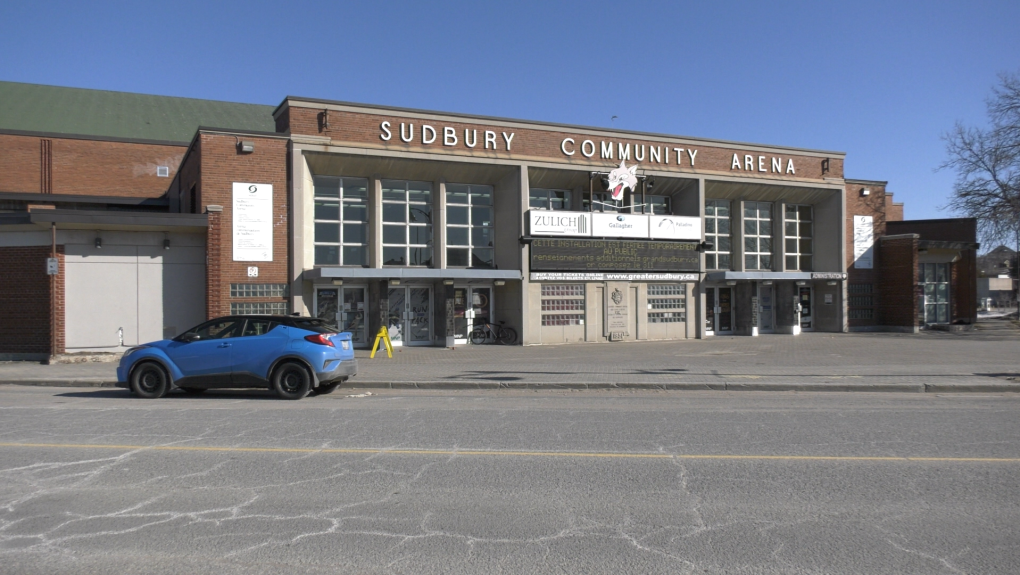 The City of Greater Sudbury in conjunction with the city's Homelessness Network and Public Health Sudbury and Districts, held the clinic downtown at the Sudbury Community Arena. March 14/21 (Ian Campbell/CTV News Northern Ontario)

SUDBURY -- One of Sudbury's most vulnerable communities got their chance to get the COVID-19 vaccine on Sunday.

The city, in conjunction with the city's Homelessness Network and Public Health Sudbury and Districts held the clinic downtown at the Sudbury Community Arena.

"Of course we're concerned because there is a lot of anxiety about the vaccine, a lot of misinformation out there," said Homelessness Network Executive Director Ray Landry.

"So our many housing and homelessness partners through all this week did a good job at advertising and promoting the event."

A COVID-19 vaccination clinic for persons who are homeless and/or accessing emergency shelters will take place at the Sudbury Community Arena on Sunday, March 14, 2021 from 8:30 a.m. to 3:00 p.m.https://t.co/sdqORJWzCb pic.twitter.com/kcJu4DpjzQ

Landry says teams worked to provide them with a warm place on what was a typical, cold Sunday morning.

They were also supplied with food, coffee, and hot chocolate.

"The committee that's been meeting around vaccination clinics prioritized this population knowing the vulnerabilities that exist with this population. In terms of the general public, they're isolated in terms of their marginalization, they're not invited into general society but if the virus should penetrate, if the virus should make it into that population, we know there are a lot of vulnerabilities in terms of secondary health issues, chronic health issues, many things that put them at risk for tougher consequences from getting the virus," he explained.

Inside, those who attended were offered doses of their first dose of the Pfizer vaccine and were told they'd have to return later for a second.

One of those who signed up for the vaccine was Cory Gould.

Gould says having a vaccine that would allow him to return to some sort of normalcy sounded like a good idea, so he decided to take it.

"It was pleasant, they were very nice. It's being given by nurses and stuff so it's not just 'Joe-blows' giving us the vaccine, they're professionals, they know what they're doing," he said.

Another man who signed up was Rainy Recollet.

"For me, I'm living in congregate living at Monarch Recovery Services so for me as well as the staff, it's important to have the vaccine shot for not spreading the disease," he said.

While he says everyone was helpful, Recollet says he also sensed some stress because this is brand new, and no one has done something like this before.

Landry says this will hopefully be the first of a few clinics set up to reach out to the city's most vulnerable.

There's no word yet on when this group will get their second dose, whether they will have to wait the four months or whether the vaccines will be made available sooner.