Throughout the afternoon Saturday, the Sudbury Five basketball team held an open tryouts at Notre Dame College on Lévis Street. Around a dozen people from across Ontario made their way to the city in hopes of making the team. 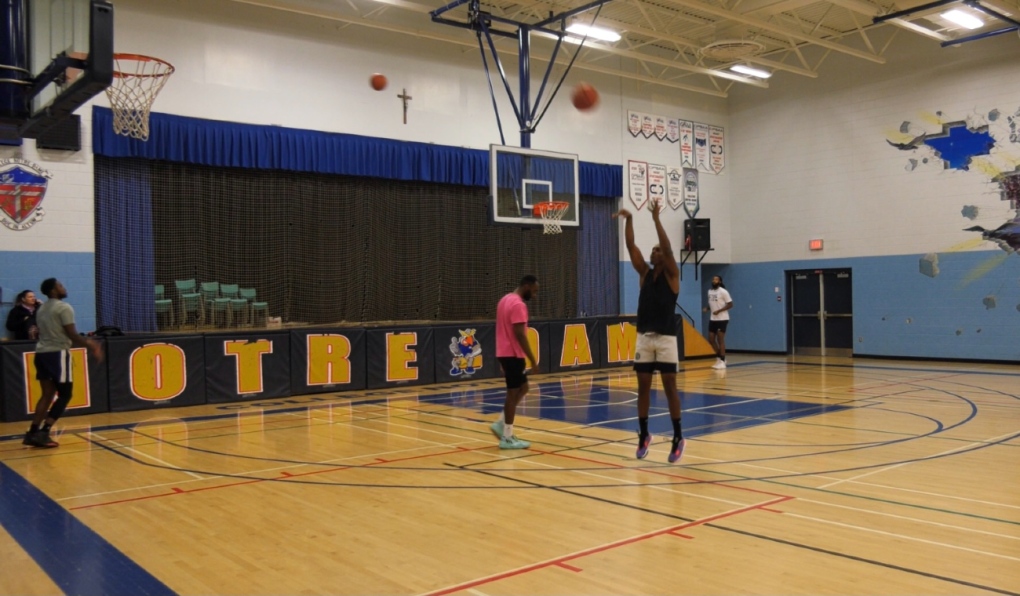 Around a dozen players from across the province made their way to Sudbury in hopes of joining the Sudbury Five roster. (Molly Frommer/CTV News Northern Ontario)With basketball season approaching, the Five is looking for the final few players to just its roster.

“We have good Canadian content today, a couple from Toronto, and even some locals from Sudbury that even want to try to crack the roster,” he said.

“So, I’m really happy to see that and hopefully we get a couple the invite to training camp and they can make it.”

Stutz said there are a variety of things he’ll be looking for during the tryouts.

One of the individuals trying out was Jasonn Hannibal.

Hannibal is originally from Mississauga, Ont. and has been playing basketball overseas for ten years now.

“I’ve played everywhere. I’ve played in Iran, Mexico, Morocco, and Slovenia. Last season I was actually playing in Hong Kong and our season actually just ended not too long ago. I’d like to play at home for once since I have the chance,” he said.

“So, I heard Sudbury was having an open tryout so I was like ‘Why not?’ let me make the drive up and see how it goes.”

Haroun Mohamed was another participant trying out.

Mohamed is originally from Toronto, Ont. but was part of the varsity basketball team at Laurentian University for four years.

“I really thought this was a good opportunity to stay and play basketball in Canada. I played with Laurentian… so when I was in my second year is when the first year of the FIVE started so it was really nice to see that basketball is growing in Canada and I want to be a part of that culture,” he said.

“I think I fit in with this team.”

The training camp will be held right after Christmas and the team’s season is scheduled to kick-off early January.

For updates on the team, visit their Facebook page. 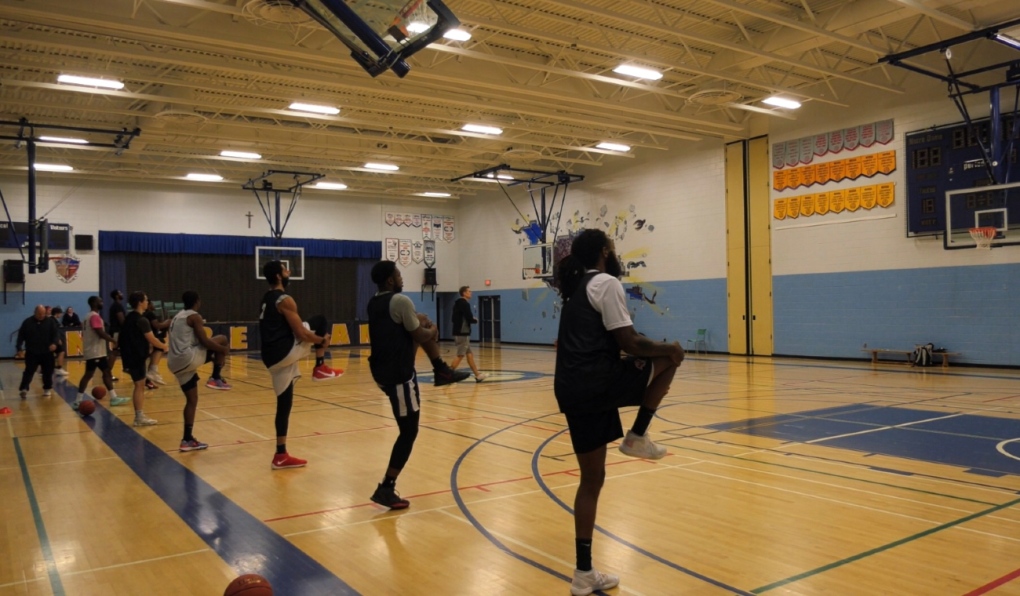 After raising interest rates eight consecutive times, Bank of Canada Governor Tiff Macklem told an audience in Quebec City on Tuesday that inflation is showing signs of 'turning the corner' and that the coming year 'will be different.'

PM Trudeau presents premiers $196B health-care funding deal, with $46B in new funding over the next decade

Before and after: How Toronto's MARZ uses AI to make motion picture magic

While much of internet is still buzzing about the wonders of ChatGPT, a Toronto-based technology and visual effects company is making its own splash in Hollywood using artificial intelligence.

As negotiations continue between premiers and the federal government, former Quebec premier Jean Charest is criticizing the feds' string-attached approach to health-care funding, stating that Ottawa should not be in the business of operating health-care systems.

A sensor you draw with a pencil could be used for 'smart diapers,' contactless switches and respiratory monitors

We may soon be able to detect humidity levels, respiratory changes or a too-wet diaper, all with a new type of sensor — one created by drawing with a pencil on specially-treated paper.

LIVE @ 9 ET | Biden says in State of Union that US is 'unbowed, unbroken'

U.S. President Joe Biden is using his State of the Union address Tuesday night to call on Republicans to work with him to 'finish the job' of rebuilding the economy and uniting the nation as he seeks to overcome pessimism in the country and navigate political divisions in Washington.

How more than 100 women realized they may have dated, been deceived by the same man

An Ontario man is being accused of changing his name, profession and life story multiple times to potentially more than 100 women online before leaving some out thousands of dollars.

A 24-year-old man now linked to an unusual string of crimes that kept the Dallas Zoo on the lookout for missing animals told police that after he swiped two monkeys from their enclosure, he took them onto the city's light rail system to make his getaway, court records show.

Balloons and drones among 768 Canadian UFO reports from 2022: researcher

Balloons and drones were among 768 reported UFO sightings in Canada last year, according to Winnipeg-based researcher Chris Rutkowski, who also found that eight per cent of all cases remained unexplained.