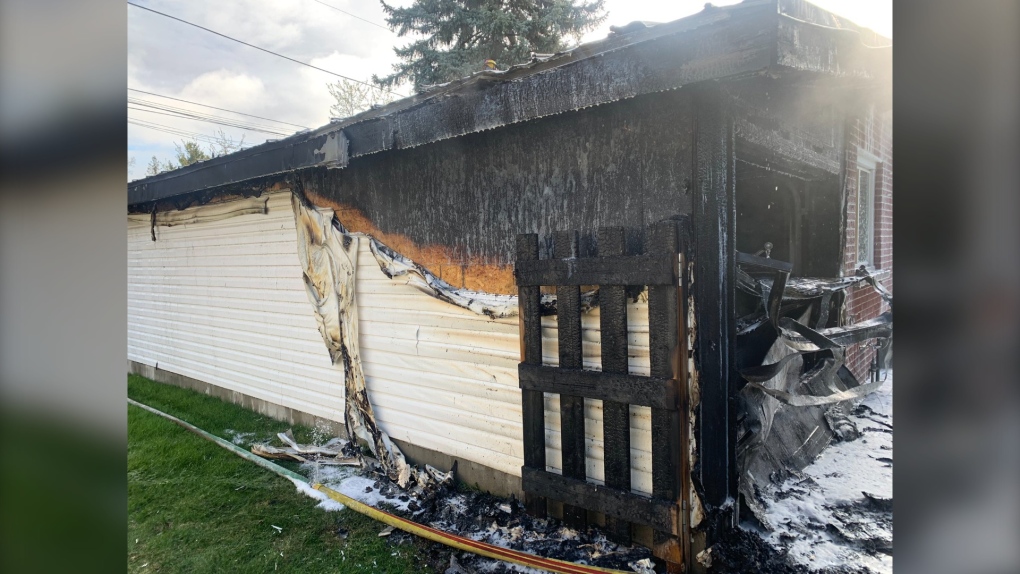 Garage fire at home on Laval Street near the South End of Greater Sudbury. May 10/21 (Jesse Oshell)

Oshell said the emergency call came in around 8 a.m. with several neighbours reporting smoke and flames coming from the garage attached to a single-family brick bungalow.

Firefighters arrived in less than five minutes and worked quickly to get the blaze under control and protect the neighbouring homes, he said. Strong wind gusts were carrying the fire and it quickly spread to the roof, but crews were able to contain the blaze and no other homes were affected.

All of the occupants were evacuated from the residence safely and no one was injured.

The fire was considered under control within 15 minutes, but firefighters continue to work to control any hot spots.

Oshell told CTV News the fire is not being considered suspicious and is the result of the careless disposal of ashes.

He said there is significant damage to the garage and roof along with smoke and water damage. He said a preliminary estimate of the damage is approximately $150,000.

About 20 firefighters from four stations were called to the scene.

Crews on scene for a garage fire on Laval street in Sudbury. Please avoid the area, fire is under control. pic.twitter.com/azTn8jNXPK