Sudbury firefighters pulled couple in 60s out of wreck on Paris

Sudbury firefighters pulled couple in 60s out of wreck on Paris 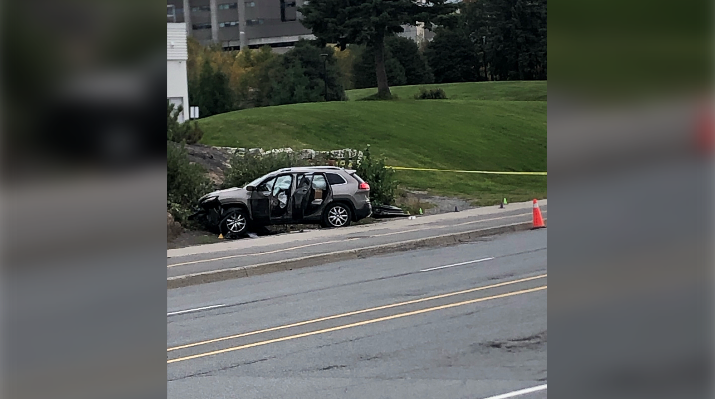 Two in hospital after serious crash on Paris Street in Sudbury. Sept. 15/22 (Supplied)

More details are coming to light about a serious crash on Paris Street by Science North on Thursday night that sent two people to hospital.

Officers were called to the scene just before 2:40 p.m. where a single vehicle hit a rock-cut off one of the city's major arteries.

"City of Greater Sudbury Fire Services were able to get both the driver, a 68-year-old man and the passenger, a 65-year-old woman out of the vehicle," Sudbury police said in a news release Friday morning.

The street was closed down for almost five hours, backing up traffic as vehicles were rerouted.

An investigation into the collision is continuing and police are asking anyone who witnessed it to call them at 705-675-9171.

No word on the cause.