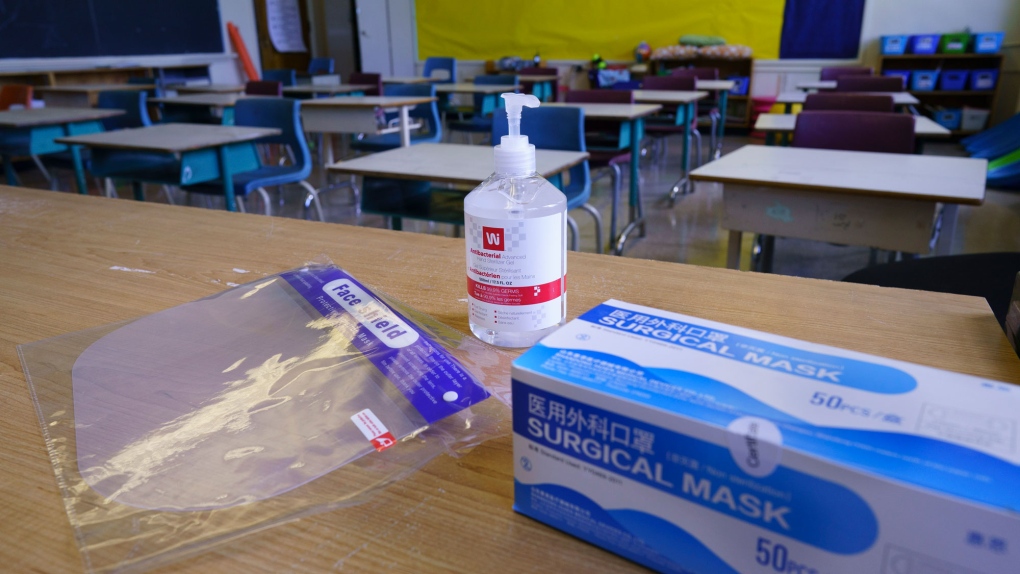 Personal protection equipment is seen on the teacher's desk in classroom in preparation for the new school year at the Willingdon Elementary School in Montreal, on Wednesday, August 26, 2020. THE CANADIAN PRESS/Paul Chiasson

SUDBURY -- A French Catholic elementary school in Sudbury's hospital-area is closed Monday after public health declared a COVID-19 outbreak on the weekend.

Ecole St-Denis, part of the Conseil scolaire Catholique Nouvelon school district, announced on Facebook the whole school and the daycare located at the facility is being closed Monday.

In a news release Monday morning, health officials said the outbreak was triggered after a second person tested positive for COVID-19 and is linked to a previously reported positive case at the school.

As of Saturday morning, the school board said there are three confirmed cases of the disease within the school community. The discrepancy with the public health numbers is likely due to a delay in reporting.

Public health officials will be contacting everyone who is considered a close contact and at risk for the disease.