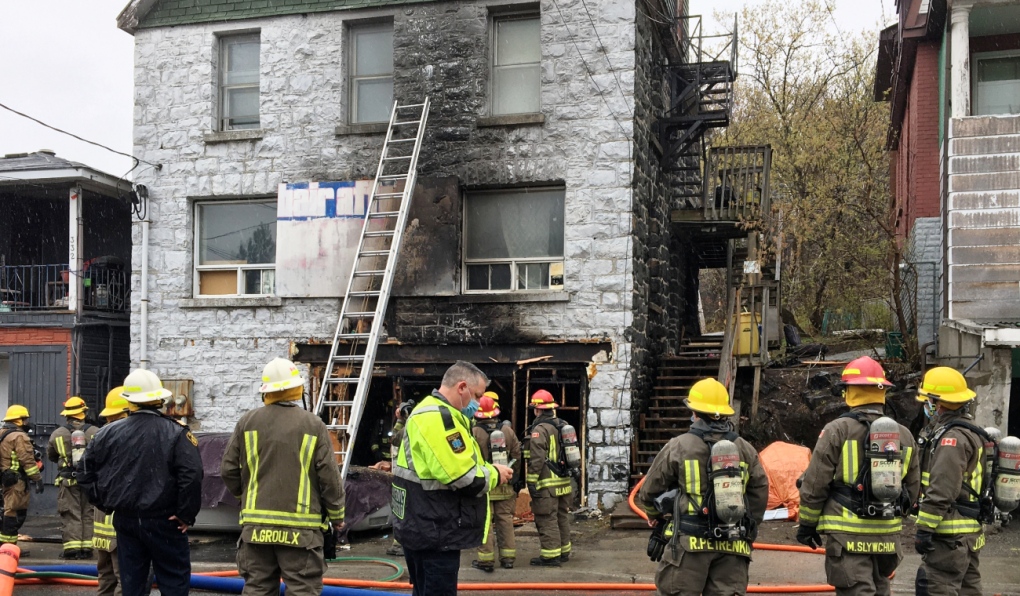 Greater Sudbury Fire Services are on the scene of a residential fire in the Flour Mill area of the city. (Bill Clegg/CTV News)

SUDBURY -- Greater Sudbury Fire Services are on the scene of a residential fire near the downtown area of the city.

Deputy fire chief Jesse Oshell said in a tweet the fire is on Melvin Street. The street is currently closed at Kathleen Street as firefighters deal with the scene.

Oshell told CTV News that the fire is in a multi-unit complex and four units were affected, displacing the residents.

Paramedics took four people to hospital with smoke inhalation and some minor burns. There is significant fire and smoke damage to the basement level, where the fire started.

The call came in at 1:50 p.m., Oshell said, and three stations responded. Crews are still putting out hot spots.