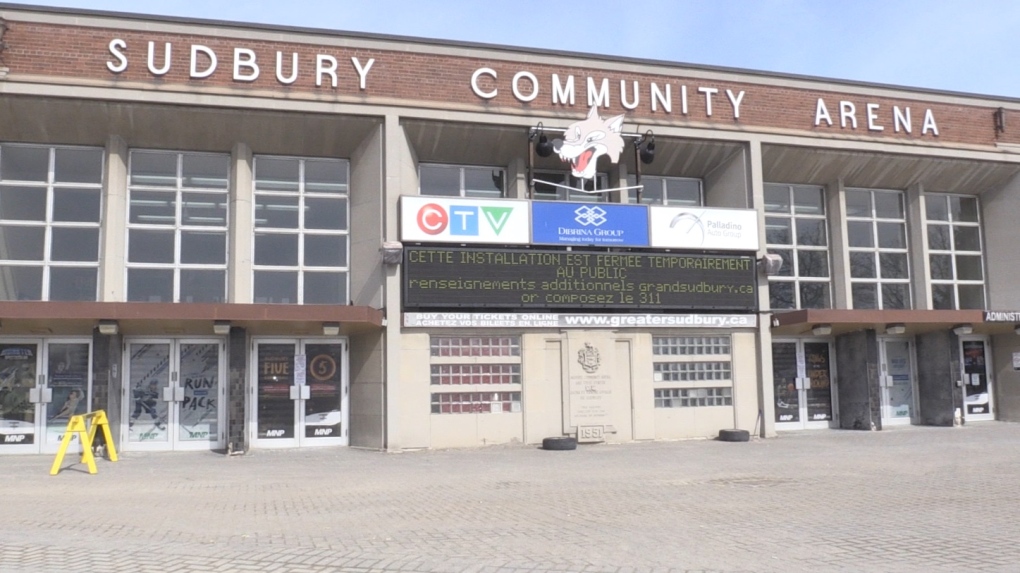 It was close, but the latest motion to get Greater Sudbury to at least consider dropping the Kingsway Entertainment District in favour of renovating Sudbury arena was defeated at Tuesday night's city council meeting. (File)

SUDBURY -- It was close, but the latest motion to get Greater Sudbury to at least consider dropping the Kingsway Entertainment District (KED) in favour of renovating Sudbury arena was defeated at Tuesday night's city council meeting.

With Mayor Brian Bigger absent, the vote to have city staff take a look at what's being called the Project Now proposal ended in a 6-6 tie. Under meeting rules, a tie vote at city council is considered defeated.

The motion was brought forward by Ward 1 Coun. Mark Signoretti and Ward 4 Coun. Geoff McCausland, both opponents of the KED.

It called for city staff to evaluate Project Now, proposed by 3rdLine Studio, which the resolution said could save taxpayers as much as 40 per cent of the $100 million estimated cost of building a new arena on The Kingsway. A report on that evaluation would be due by Jan. 12.

"We have to look at this in the new world we're in today," Signoretti said.

With so much economic damage resulting from the pandemic, he said many groups will need support. Freeing up $40 million would be one resource for the city to draw on.

"Why we would we not look at this proposal?" Signoretti said.

McCausland said voting in favour of the resolution wasn't to overturn the KED decision, but to give councillors a better idea of whether a far more cost-effective option is available that would still meet the city's goals in building a new arena.

"The main goal of this is to ensure we're comparing apples to apples and to identify whether there is $40 million to be saved through a renovation of Sudbury arena," he said.

But Ward 7 Coun. Mike Jakubo, a KED supporter, said you can't get an "apples to apples" comparison because a renovation is always more limited than a new build.

City council long ago decided it was going to build a new facility, Jakubo said, and the debate was where to build, not renovation versus a new arena.

"This is about a one-time investment that is right for our community," he said. "I'm not willing to go back on any of that … I don't see it as apples to apples because new is never going to be the same as renovated."

Another KED supporter, Ward 11 Coun. Bill Leduc, said it would be a large undertaking to determine whether the arena could handle the load of the renovation proposed under Project now.

"This arena is built on wooden piles that are floating," Leduc said, adding that geotechnical and other reports would be required to determine the costs of renovating.

Instead, he wants to see the current arena become a hub for services for homeless people downtown, with transitional housing and non-profit groups centred on the property.

"I think this is a great opportunity to take that building and hand it over to the non-profit agencies," Leduc said.

In the background of the debate was the looming decision by the Local Planning Appeals Tribunal on challenges to the zoning changes made to permit the KED to move forward. Councillors were told a decision is expected anytime between "tomorrow and the next month or two."

Ward 12 Coun. Joscelyne Landry-Altmann, the city's deputy mayor who chaired the meeting in the mayor's absence, said the motion was premature. If they lose the LPAT decision, then alternatives may have to be looked at.