It was a bittersweet moment around the Greater Sudbury city council table for some Tuesday night, as the group wrapped up its last meeting before the new council is sworn in on Nov. 17. 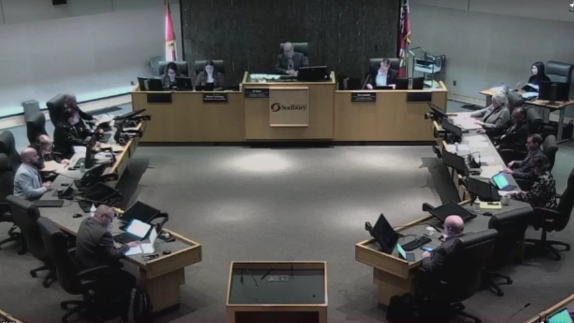 Sizer began the meeting with some personal reflections.

He started by welcoming the new councillors that will be joining him and his colleagues at the council table, along with Mayor-elect Paul Lefebvre.

"You've taken the first step in a four-year oath to do the best you can for our city and I know that's a responsibility you won't take lightly," Sizer said.

"I would also like to recognize the outgoing members of council. Coun. McCausland, Coun. Kirwan, Coun. Jakubo and Mayor Bigger. I know there is little glamour in the work that we have chosen. It has sometimes meant sacrificing time with loved ones. It has often meant making difficult decisions, but you chose this work because you love this city and you want to make a difference to the people who call it 'home.' So, thank you for doing exactly that during your time here at this council table. I wish you all the best in the next steps of your journey."

His comments were met with applause from the gallery after he finished.

Sizer's fellow deputy mayor, Coun. Joscelyne Landry-Altmann, also joined him in praising each of her colleagues.

"We've done, collectively, a lot of work together and it's council as a whole, the support of each other, that got us where we are today. I think we've done some terrific work over the last four years," she said. 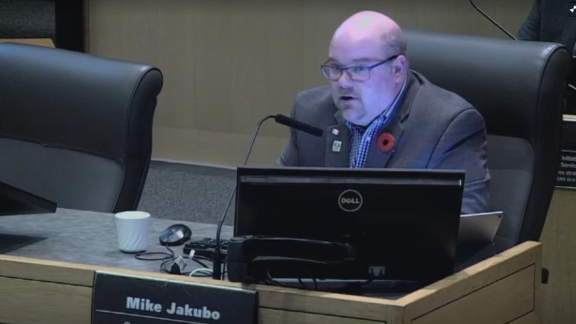 Outgoing Greater Sudbury City Councillor Mike Jakubo was the only one in the group to not seek re-election. Nov. 8/22

Jakubo was the only member of council, before the deadline, to state that he would not be running for re-election.

"Congratulations to everyone who ran, who did get re-elected, it's never an easy feat and always a lot of work that goes into it," he said.

Jakubo's main concern for the next city council, however, is that it make its decisions through the lens of what he said was the 'future.'

He pleaded for mutual respect around the council table going forward, something he said should be at the heart of their decisions.

While he didn't address it directly, his comments come on the heels of what has been a very fractious time for Greater Sudbury, given the city's split views on the arena issue.

There were also multiple complaints to the city's integrity commissioner over the last four years, including a police investigation involving two councillors.

"I think if we bring it back down to respect, it really answers a lot of our future dilemmas and questions and will help guide us into the future," Jakubo said.

"I am truly sad that we will not have a forward-looking voice like Coun. McCaulsand's around the table," Jakubo said.

"I'm saddened to be leaving this seat at the table," McCausland said.

"I felt we had so much work still to do with each other." 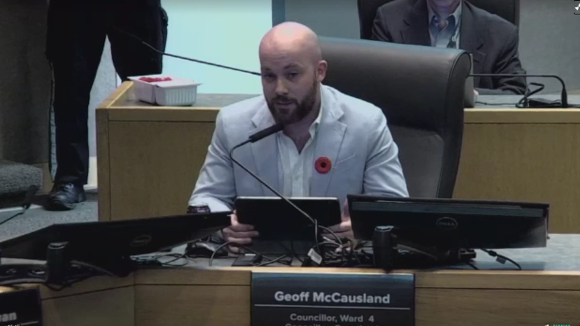 McCausland said the last couple of years have been difficult on everyone and that meant he hadn't been as interactive in the community as much as he would have liked.

"I will miss the debate, the discussion, whether at the table or over the phone," he said.

McCausland closed by saying he was very grateful by having the opportunity to serve.

His comments were also met by applause.