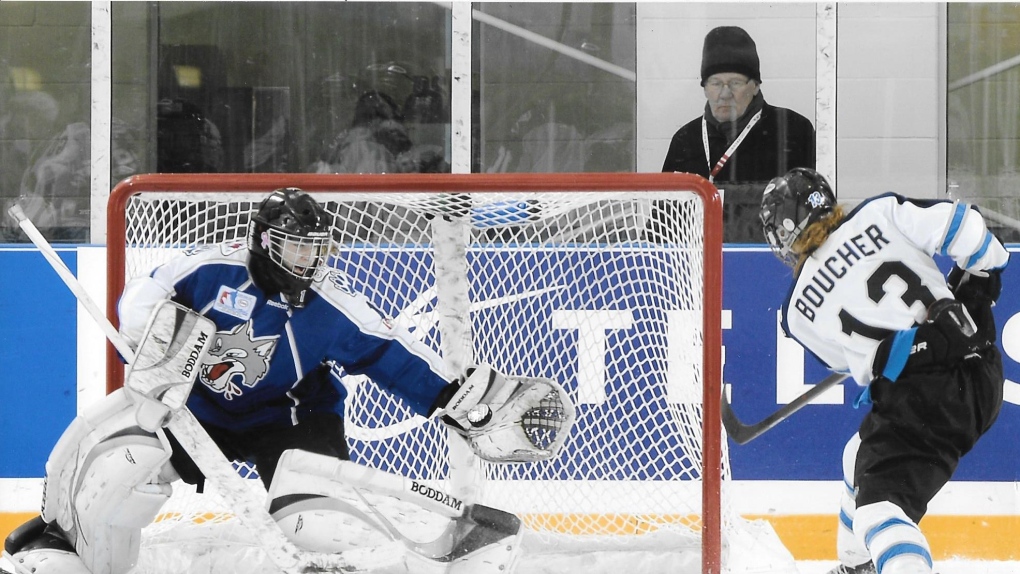 Before she was a coach, Stephanie Pascal during her playing days with the Sudbury Lady Wolves. Photo supplied by Randy Pascal

Stephanie Pascal, an assistant coach with the U18 Lady Wolves ‘AA‘ team was recently named competitive coach of the year in Ontario by BFL Canada, a risk management company.

The 26-year-old Pascal said she knew of the award several weeks ago, but couldn't say anything about it until it was formally announced. She did admit to being shocked at being considered.

“I consider myself a new coach since 2019, and I am equally surprised someone is taking notice with what I’m doing for the Lady Wolves’ team and players.”

“I try to make this a good and positive experience for everyone involved, including parents, who are part of the team family,” said Pascal.

Ever modest, she credits head coach, Andre Brunette, who she calls a terrific mentor, and feels fortunate to be able to learn alongside him as an assistant.

Her father, Randy, was effusive in his praise of his daughter’s work ethic and ability to communicate.

“She communicates extremely well on the ice with the team, is well organized and prepared. She’s also confident in her ability to relate to the players,” he said.

Off the ice, Pascal continues to relate with the team, acknowledging the season is long from August to April and the nine-month grind does have its peaks and valleys.

“It’s important that players get along and always look ahead to the goal of team success. With everything else going on in their lives, like school and social activities, sometimes just showing up for hockey, either a game or practice for a 16 or 18-year-old is an added stressor,” she said.

And, there’s more to Pascal’s itinerary that keeps her on-ice at various levels. She’s involved with the Sudbury Girls Hockey Association in player development, monitoring 4- to 7-year-old players. She works with goalies with the U15 ‘A‘ and U11 ‘AA’ teams.

She’ll act as an assistant coach with the Ontario Summer Games team, and is involved with the Master Coaches Development Program in fostering development and networking with other female coaches.

As for future aspirations, the chemical engineering graduate doesn’t see a future in professional hockey as her work provides a contrast to coaching, calling it fun and interesting. And, she is also enthused by recent news of national team players like Marie-Philip Poulin joining the Montreal Canadiens as a consultant.

“It’s amazing that women are making headway at the professional level," Pascal said.

She added she has another month of "off-time" before the season grind starts all over again in August.