Sudbury city council has voted to move ahead with rehabilitation work on the city's 'Bridge of Nations,' despite the cost coming in well over budget.

Work will soon be underway on rebuilding the city's 'Bridge of Nations' and rehabilitating the major artery that connects the city's downtown core to the south end area. 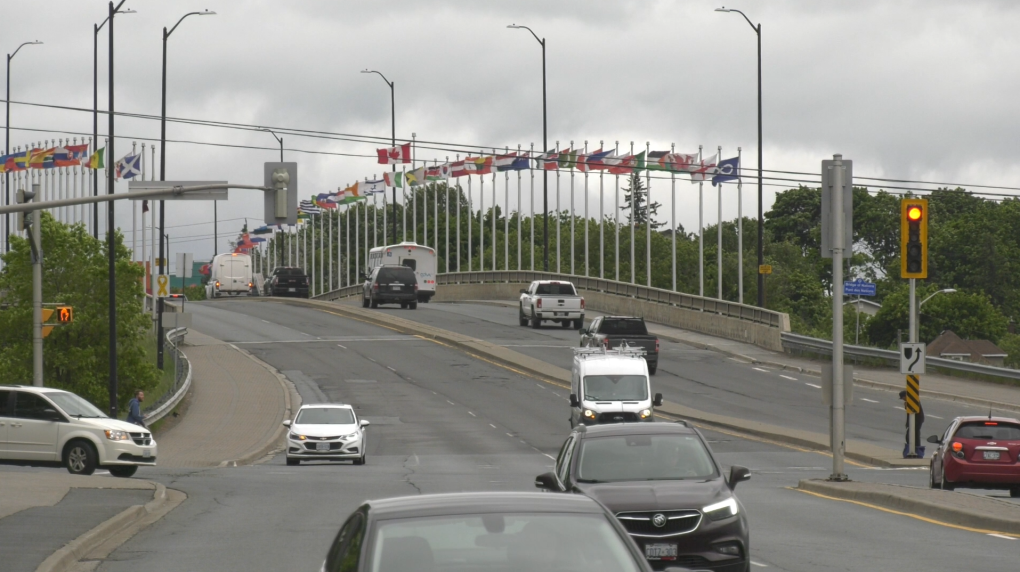 Council voted overwhelmingly in favour of moving ahead with the $4.8-million dollar project even after the price came in at $3.7-million over budget.

In a report that went out in Thursday night's city council meeting, councillors were given an update on the bridge, which has stood over the city for roughly 50 years.

According to road engineer Stephen Holmes, the bridge/road had recently scored a '72' in a recent bridge index score.

"It can be deceiving because it's not a measurement of the structural integrity of the bridge, but more the maintenance and rehabilitation requirements of the bridge. It's also quite subjective, it's relatively subjective because it's based on a visual inspection by bridge engineers," Holmes explained.

Council was presented with two options: spend the extra money, which was available through other bridge projects that had come in under budget or delay the project and re-tender it next year after the election.

"I don't believe maintenance costs over one year will make a difference. The bigger risk would be the unknowns associated with potential rising costs over the next eight months," said Holmes.

"I can't predict what's going to happen, but there definitely seems to be a high risk of increased costs. But as far as deferring, one of the issues we've encountered over the last few years is falling concrete from the soffit of the bridge."

City Councillor Robert Kirwan was the only dissenting voice in the vote to move forward.

"Paris Street bridge is way out of whack. When I look at the surpluses that are being recommended we take from -- the seven bridges on page 61 -- I can't support spending that much extra over and above what we budgeted, when we know the supply issues. There's all sorts of issues that have driven things up. I can't see it being this high next year," Kirwan said.

He recommended next year's council tackle it after it was re-tendered so they could come up with a new four-year infrastructure plan.

"While we have a long way to go with our infrastructure, it's preventative, it's proactive ... it's going to come back to bite us if we don't do it next year," said Ward 8 Councillor Al Sizer.

"When the bridge collapsed in Montreal and they've been backpedaling ever since. Every municipality is putting tons and tons of money into bridge and all that kind of work. We need to do this. We need to do it now. Even if we delay, the price only goes up," Lapierre said.

It's unclear when the work will start, but the option presented to council suggested work would start later this year.

Staff is also recommending the installation of fencing to prevent people from jumping off the major artery, a cost that has not been factored into the pricing of its repair.

"This dollar amount that we're talking about -- this additional $3.7 million -- does not bring the capital budget over the amounts that were provided to staff to complete the bridge program," said Mayor Brian Bigger.

"If you look at it that way, staff is coming back within budget."

Holmes advised city council not to wait longer than the year that was suggested to start the work due to its current condition.