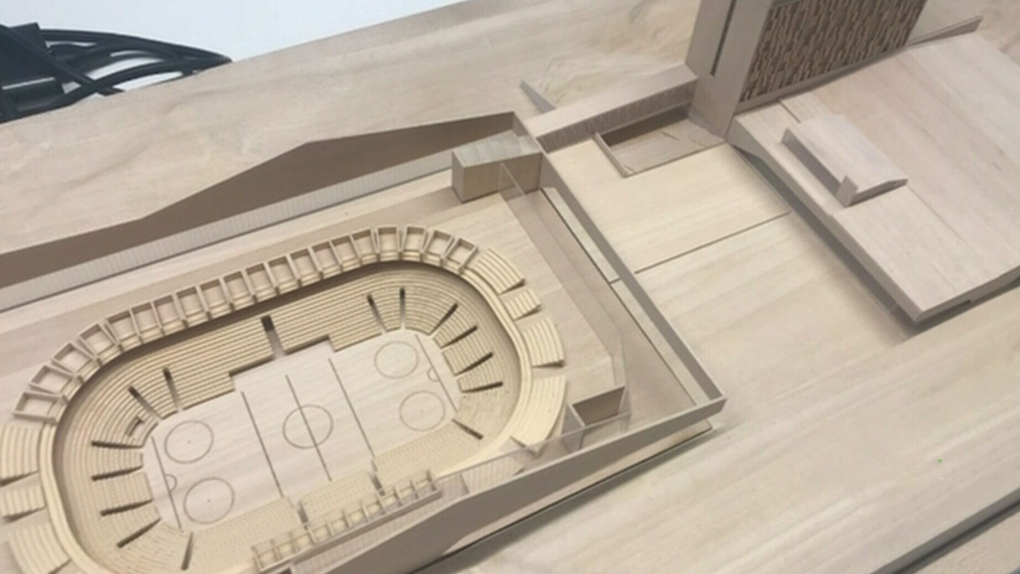 SUDBURY -- The man leading the fight to stop the Kingsway Entertainment District in Sudbury has abandoned his battle in Superior Court.

Citing the costs both of the court case, and the possibility he could be on the hook for the legal costs of his opponents, businessman Tom Fortin said on his website, Casino Free Sudbury, the chances of winning the appeal were low.

"The merits were significant, however, we were advised the appeal court would be unlikely to overturn the original decision as deference would be given to the first judge's decision," Fortin wrote.

Continuing the appeal would have cost $200,000, he said, and Greater Sudbury was seeking an additional $200,000 for their costs.

Under their agreement, Fortin is dropping the appeal in exchange for the city agreeing not to pursue costs.

His lawyer, Gordon Petch, had argued city council in Greater Sudbury was biased when it approved the Kingsway Entertainment District plan.

The site was chosen in June 2017, and planning approvals to build the $100 million arena and $60 million casino were approved in spring 2018. The KED, as it has become known, has been under appeal ever since. A hotel is also planned on the property, which is owned by developer Dario Zulich. Zulich transferred the land needed for the arena to the city for a nominal sum.

Justice Gregory Ellies rejected those arguments, ruling that to make the case, Petch had to show city council wasn't acting in the public interest.

"There is no evidence of that in this case," Ellies wrote. "The only evidence I have before me is that there were good reasons to select either the downtown or the Kingsway sites for the arena/event centre. Choosing one over the other could only be improper if the choice was made for reasons other than the public interest. There is no evidence that the decision of council was based on anything other than those interests. Indeed, the evidence suggests that the opposite is true."

The decision was appealed Oct. 2, followed by a notice of abandonment filed Oct. 30.

"Please be advised that this matter has been settled on agreement between the parties and this appeal shall be abandoned," said Stephanie Fleming, representing Fortin, in a letter to the Superior Court obtained by CTV News. "We have agreed to settle this matter on a without costs basis."

The city released this statement in response:

"The details of the minutes of settlement are confidential. The court of appeal matter has been resolved, meaning the Superior Court of Justice matter is concluded. Vice-chair Lanthier of the Local Planning Appeal Tribunal can render a decision in the appeals at any time. We look forward to his decision and moving forward with the Kingsway Entertainment District project."

And Zulich had this to say in his statement to the recent developments:

"The Superior Court case was an issue between the City of Greater Sudbury and Mr. Fortin (and the BIA who dropped out early in the process). We are not aware of any of their agreement details.

"What we can say is that we are pleased with the news. It is another step in the right direction for the team and the people of Greater Sudbury. We will continue to move forward positively for the betterment of the entire community. We look forward to favorable LPAT results shortly, paving the way for this transformational project. This project will create jobs, growth, and economic benefits for everyone in Greater Sudbury and Northern Ontario."

While the Superior Court case has ended, the parties involved in the case are awaiting a decision from the Local Planning Appeals Tribunal on arguments Petch and others have made arguing the KED failed to follow Ontario's planning laws.

A hearing into that case was held in September when KED supporters asked the LPAT to dismiss the case. The LPAT has yet to announce a ruling.

However, whatever the LPAT rules, that decision can be appealed to a higher court, as well.