A Sudbury area woman said it was 'quite a fiasco just to get police to come out,' after a bear and its three cubs were spotted high up in a park tree.

Megan Desbiens told CTV News in a phone interview she and a couple of her neighbours felt "brushed off" after calling the police concerned about a bear family in a tree at the Coniston Park on Wednesday. 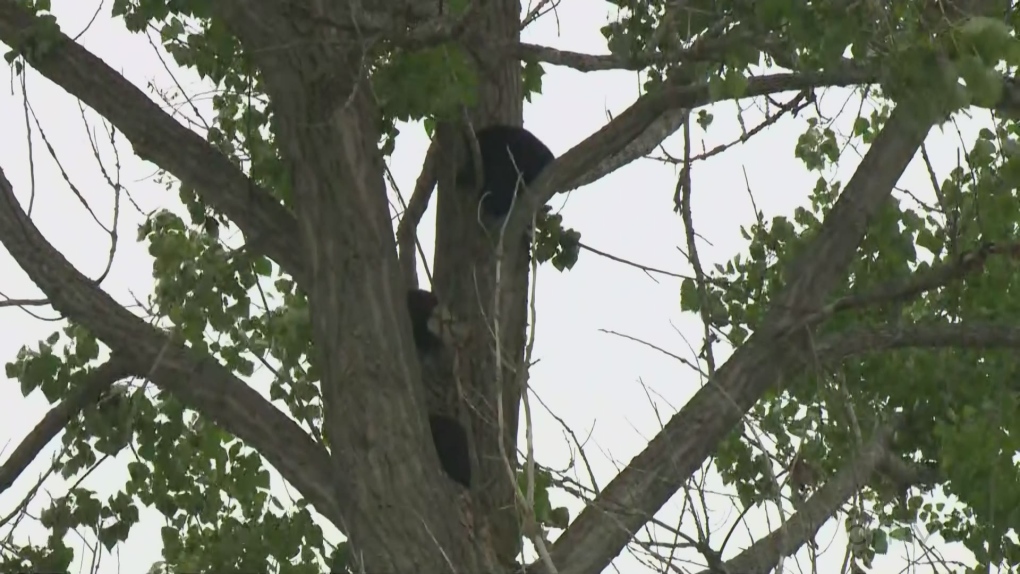 A black bear and its three cubs in a tree in Coniston Park were tranquilized and relocated by the Ontario Ministry of Natural Resources and Forestry. June 15/22 (Megan Cameron) 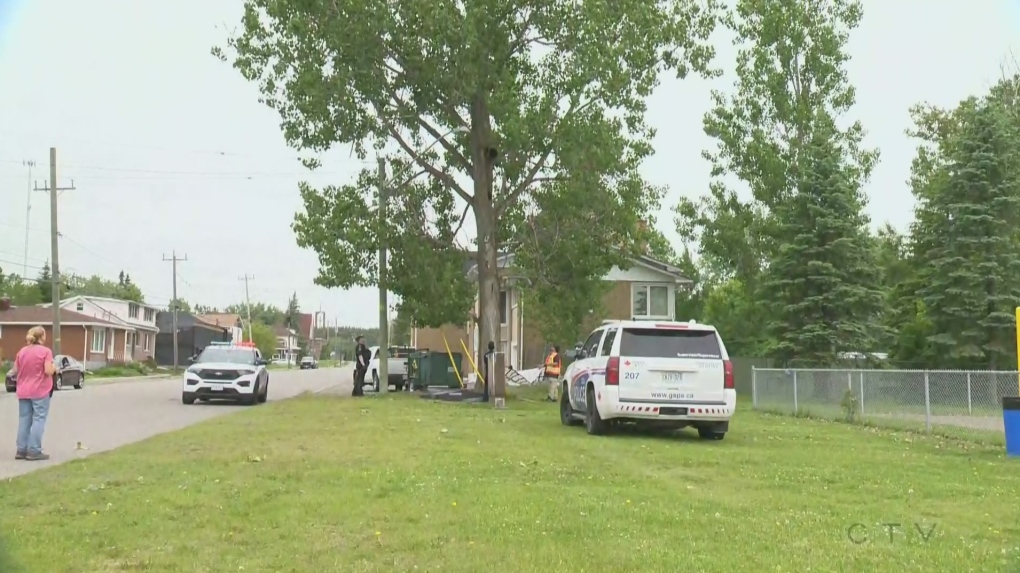 Sudbury police were called to Coniston after four bears were lingering in a park tree. June 15/22 (Bill Clegg/CTV Northern Ontario)

Desbiens said she was concerned about the proximity of two schools located down the street and was worried about kids encountering the bears.

Two Sudbury police officers were dispatched to the corner of Edward Avenue and Thomas Street late Wednesday morning and helped keep the mother in the tree with her cubs as they waited for the bear technicians from the Ontario Ministry of Natural Resources and Forestry (MNRF) to arrive, she said.

Desbiens said she was surprised to learn that they didn't shoot darts to tranquilize the animals, but use a long pole to stick them with the tranquilizers.

Big mats were set up under the tree to catch the adult bear and tarps and nets were used to catch the falling cubs, her video shows. 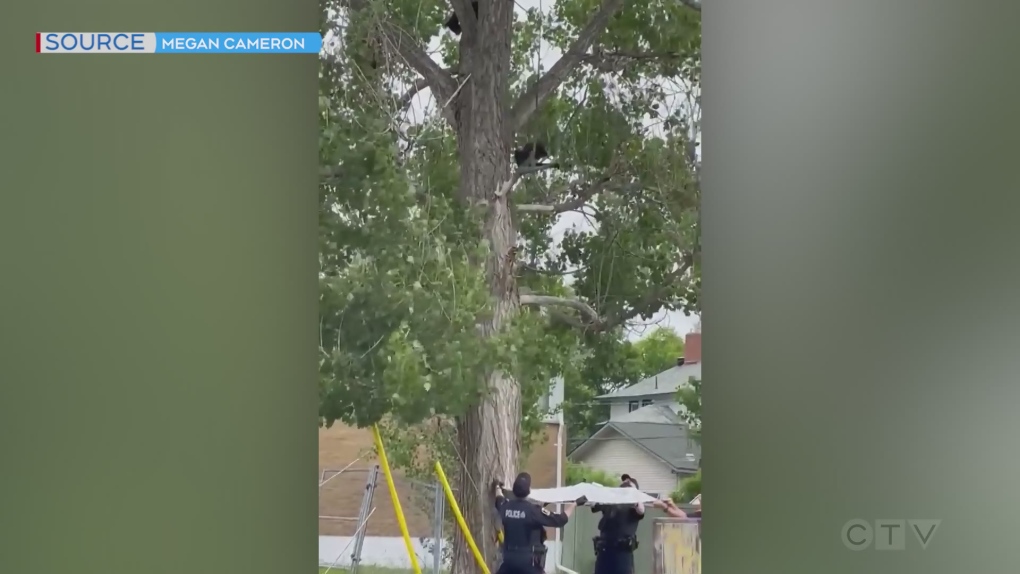 Sudbury police officers hold tarp to catch bear cub after it was tranquilized in a Coniston tree. June 15/22 (Megan Cameron)

Desbiens said the officers and MNRF technicians should be praised for how they handled the situation but the reporting process should be improved.

The Bear Wise webpage said to leave a bear alone if it is in a tree and leave the area.

"The bear will come down when it feels safe," it said.

Bear encounters can be reported through the City of Greater Sudbury or the MNRF.

CTV News has reached out to both Sudbury police and the ministry for comment on the incident but has not yet received a response.