SUDBURY -- With the current insolvency proceedings and end of term looming, students and staff at Laurentian's federated universities are left with more questions than answers after the school announced the night before the long weekend that it is severing ties with the three partner institutions.

It is a move that the Laurentian University Faculty Association (LUFA) calls a "betrayal."

As a result, the faculty unit said spring classes at Huntington University and the University of Sudbury have been cancelled.

"The actions of the Laurentian administration, specifically those of President Robert Haché, cast serious doubt on the future of these important institutions," LUFA's statement reads.

The union blames the provincial government for allowing the university to "fall apart."

Dr. Aven McMaster is an associate professor of ancient studies at Thorneloe University. She said the news was not a complete surprise, as the faculty knew it was one of the possible outcomes but said she takes exception to how the Laurentian administration has handled everything so far.

"The email from the Laurentian University came out, about 10 o'clock on (Thursday) night, and it is, frankly, the cruellest, most insulting email I have ever received from an institution," McMaster said. "It does not mention the faculty that teach at Laurentian – the federated universities – at all. It says, 'we realize this is distressing for the students,' but it says nothing about us. It characterizes us as having stolen, taken, millions of dollars over the years."

She said she feels very appalled and insulted by the wording of the email.

"As a tenured professor after 14 years of service here, that's upsetting," McMaster said, holding back tears. "I'm quite devastated by that thought, but I will be going into classes next week quite possibly to teach my last classes ever as a professor because, in this current world, the likelihood of me being able to find another job in this profession is small."

She said after taking to Twitter to express her frustration, the outpouring of support from the community and other colleagues has been very helpful. Her biggest concern is supporting her current students.

"Laurentian's termination date falls on the last day of exams, meaning that there is no way I would have all my marking finished before then. I don't want to leave my students in a lurch so I will do my best to file the final grades and finish the marking even if I'm no longer considered a Laurentian University professor," McMaster said. "I hope they will continue to allow me access to their systems to do so. But of course, I have been told nothing about that."

The news, of course, came as a shock to students at the three universities as well and has sent many into a panic.

Elora Conrad is a third-year student at Laurentian majoring in actuarial sciences and minoring in ancient studies through Thorneloe. She said she has one class left to finish her minor so when she heard the news Thursday afternoon online, it sent her into "full panic" mode. 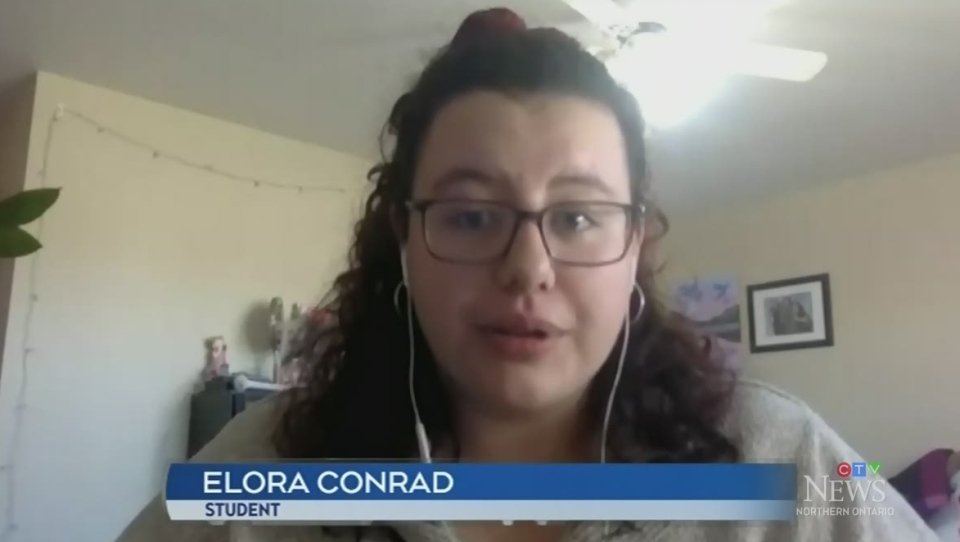 "I'm not sure how I'm supposed to proceed," Conrad said. "In the past, when they announced the insolvency back in February, the university was pretty quick to send us out an email. The students didn't get an email until like 10 o'clock at night (Thursday) night. That's way too late for any of us to try to reach anyone."

She said it left her with many questions about what happens next.

"I just wish there would have been, not an action plan – but maybe access to more resources, given a little bit more information, a little more clarity," Conrad said.

Katharine Champaigne is a third-year student majoring in gerontology through Huntington University. 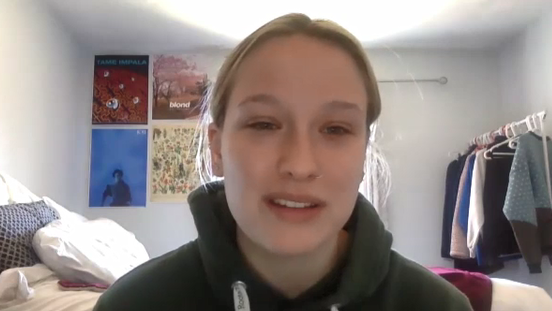 "It's definitely not the best time to hear this announcement given that everybody's like last minute assignments and everything, it shifts the focus off school," Champaigne said. "I've been loving this program since I started… so it's very frustrating and disappointing to hear that. It feels very unfair that this is happening to not only me but probably hundreds of other students at Laurentian taking these programs in the three federated universities."

Champaigne said the message didn't register the first time she read it.

"I didn't fully get the message until my friend called me and asked me if I read the email and I kind of had to go back and read the whole thing again and it shocked me because I was like 'what does this mean for me like as a student," Champaigne said.

THE MOOD AMONG STUDENTS

Since Laurentian announced its insolvency, Conrad said the general mood amongst students is that many are ready to "jump ship" and are looking to find other programs and possibly another school.

"The general consensus is that we don't know. We can't believe this is happening. We don't know how this is going to affect us and we don't know who to contact," she said. "So we're all just trying to support each other, try to let ourselves not freak out until we have enough of the information necessary but also making sure that we also have plan Bs in our head just in case."

Champaigne said many of her classmates have the same attitude towards what is happening.

"Everybody is really upset, disappointed, ashamed, embarrassed of the choices that have happened, especially with University of Sudbury being such a big Indigenous offering courses," she said. "It's very disappointing."

While Conrad said she appreciates that Laurentian will try to accommodate current students with as little impact as possible, she will not be happy if she is "shoved into a history class just to finish" her minor.

"I signed up for that program, that is the program I intend to obtain a degree from and I don't want to settle for something less because that is what I'm passionate about, it's what I signed up to do," Champaigne said.

"It's not just 'make the cut and everybody's going to be fine', people have planned out what to do with their lives so that is kind of hard to think of rerouting, now that this is being presented to us," Champaigne said.

"You guys are supposed to be offering me these courses and now you're taking them away from me – the classes that I really enjoy, so why should I trust you," Conrad said. "I do feel like a little bit of my trust has been broken."

As a math major, she said she is trying to look at the bigger picture and understands some concessions and cuts have to be made to fix the current problems.

"As much as I am angry at the university, I would not want to be in their shoes because this is not a fun situation to be in," Conrad said.

However, she said the lack of information and support from the Laurentian administration is creating concern.

"I think the trust has been broken, not only in the losing of the programs but the fact that we're not being told what's happening and we're not being told how to proceed properly," Conrad said. "We’re expecting some sort of support but we're not getting it –not from the right people anyway. Our teachers are very supportive. Every time I've spoken about the insolvency, the teachers are very supportive in wanting to help us and doing anything they can. Because they also know that they're struggling just as much as we are. So that support has been fantastic, but we need support from the administration or from the president – we need more information to be able to make the proper decisions for the next coming year or the next coming months."

She said she would prefer to get straightforward answers from the university on its next steps.

"Just be clear with us. If it's 'your programs are going to die, it sucks to be you,' tell us that straightforward so we can make our own decisions. We're not children," Conrad said. "We're big people, we can figure out how to make our own decisions. Just be straightforward with us, we need clarity. Because we need to be able to have all the information before we decide if we're going to jump ship or we're going to stay here."

Despite the uncertainty in the programming, Champaigne said she is passionate about obtaining her gerontology degree and going into the long-term care industry. As the pandemic rages on, she feels encouraged about her chosen career path.

"The pandemic has really shined a light into the problems of long-term care homes and encourages me to want to be a part of that change for the greater good," she said. "And that's ultimately why I love gerontology so much is because it's all about the avocation for the older adults… so seeing since the pandemic all the disadvantages older adults have been going through is very, I don't know, I want to be a part of that change. That's why I want to stay in this program and be able to finish my degree."