SUDBURY -- In her moment of need, members of the Greater Sudbury community came together for Uche Osagie, holding a candlelight vigil Thursday evening in honour of the loss of her three children. 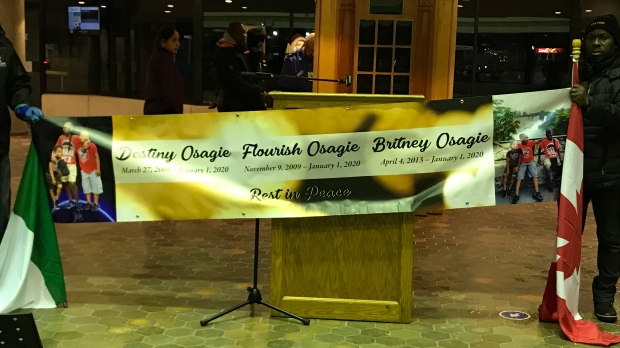 Nearly 100 people turned up outside the Sudbury arena.

With candles in hand, the crowd marched from Elgin Street to Tom Davies Square, where a brief ceremony was held.

"When something like that comes out, you need to rally around whoever it happens to," says Adejare Oduwole, a member of the local Nigerian community, which spearheaded Thursday’s vigil. "So, it’s our responsibility and our duty to stand by her, run things for her and sympathize with her."

Once inside Tom Davies Square, the crowd reflected on the tragedy, joining in prayers lead by local community leaders. Several local dignitaries such as Sudbury MPP Jamie West and Nickel Belt MPP France Gelinas were in attendance. 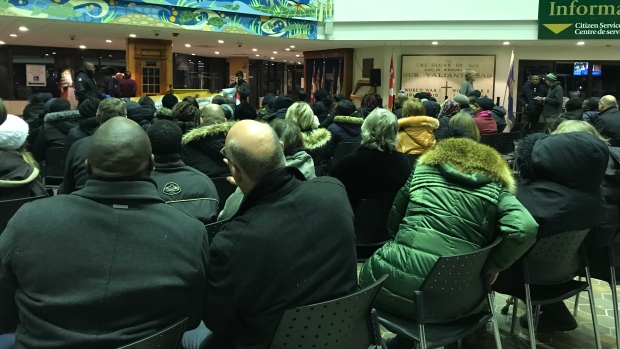 The community support was evident when the ceremony ended with nearly every member of the crowd lining up to give Osagie a hug. 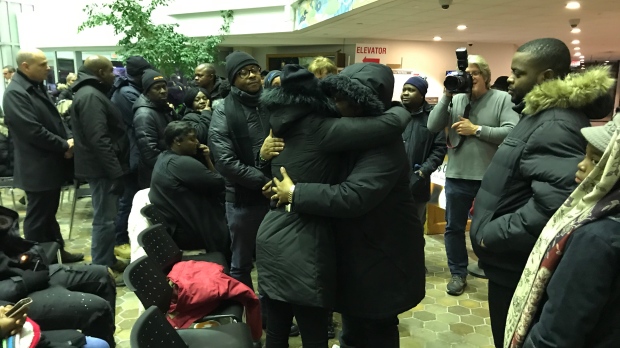 Oduwole says he’s known the Osagie family for many years, including the three children who tragically lost their lives in a vehicle collision on Jan. 1. He says the support Osagie has received has been overwhelming.

"She will be in a double state of mind, the grief. What will happen later on, she has people coming around her. She’s happy she got support from different people, not just her own people alone, which is very nice. But we look forward to what we get after this. The Nigerian community will not leave her alone. We stick together and we also thank Sudburians," said Oduwole.

Gerry Lougheed Jr. of Lougheed Funeral Homes will be involved in the funeral proceedings, taking place this weekend.

"Tonight, we see in solidarity people standing shoulder-to-shoulder. And as he said, it’s not just Nigerians, it’s non-Nigerians, all walks of life, all different ethnic backgrounds and cultures, and showing the mother, Oji, the support," said Lougheed.

Osagie’s parents are expected to be flying in to Sudbury from Nigeria Friday evening to attend the funeral services.

"We can only imagine the pain she’s in, but every parent can identify with this to some degree," says Todd Manuel, who will be leading the funeral service at Glad Tidings Church Saturday.

He says he expects it to be one of the most difficult.

"Everybody will tell you that children are the hardest to process and deal with, so it’s hard to put into words. You are thinking all the time, how do you approach this? What’s the best way to give hope? And you know it’s intensified, it’s not just one child, it’s three," said Manuel.

A wake for the children will be held Friday afternoon from 2 p.m. to 5 p.m. at Lougheed Funeral Home on Regent Street. The funeral service will be Saturday at 11 a.m. at Glad Tidings Church, also on Regent Street.