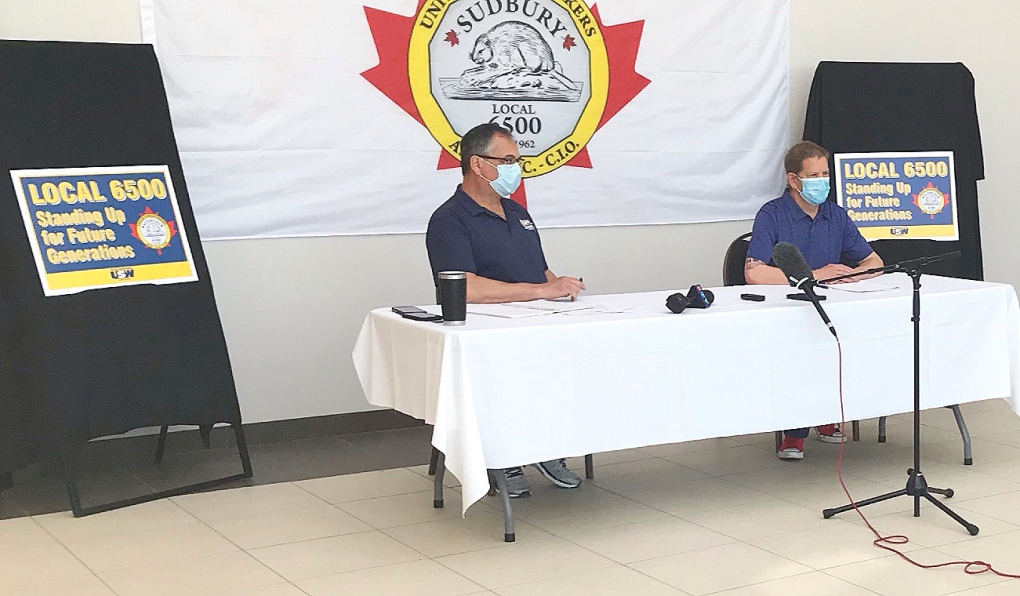 Late Monday evening the United Steelworkers Local 6500 in Sudbury voted on the second contract offer put forward by the company, rejecting it by a higher margin than the first. (Lyndsay Aelick/CTV News)

SUDBURY -- Jamie Burke has worked for Vale for 20 years and says this is his third time on strike.

“I’m getting older I want to retire," Burke said. "I already lost one year -- I don’t want to lose another year, but we have to take a stand. We have to fight for the younger people and the younger generation.”

One of the things he said he is most worried about is changes to the current benefit plan.

“I have a buddy who is a pharmacist and he is saying drugs are just going up," Burke said. "There’s a drug that’s out just for cholesterol pills. If you had to pay for it yourself, it's $1,200 a month. We need our benefits we need to be able to provide for the future.”

Late Monday evening the United Steelworkers Local 6500 voted on the second contract offer put forward by the company, rejecting it by a higher margin than the first.

“Our membership has spoken loud and clear with an 87 per cent rejection of this offer, Nick Larochelle, USW Local 6500 president, said Tuesday. "So we would like the company to listen to us and get back to the table and start working on a contract."

Union leaders said the company is trying to weaken health benefits for workers. The latest offer proposed a post-retirement health-care savings account that would replace the existing plan. “Right now, our benefits are the same as what we have while we are working," said Myles Sullivan of United Steelworkers District 6. "When they retire, they have those benefits. The average retiree spent $4,700 on benefits last year -- that’s how much they and their dependant spent."

"Thirty years from now will be less than $300 in today’s terms," he said. "You can not survive on that once a year."

For its part, Vale said it is disappointed that its improved offer for settlement was turned down.

“Our offer was a genuine and sincere attempt to address the issues brought forth by the union’s bargaining committee in the most recent round of discussions,” said Dino Otranto, Vale's chief operating officer for North Atlantic.

'We remain apart on important issues'

On the picket lines, meanwhile, members of the Steelworkers Organization of Active Retirees made a donation Tuesday to workers affected by the strike.

“We had some funds available and we always support things like strikes -- especially our brothers and sisters," said Terry Mckenzie. "So we’re gladly donating a cheque for $1,000 and I understand the executive board wants it to go to the food bank. That’s up to them."

Union members said they are also unhappy the company removed a $2,500 pandemic bonus from the second contract that was previously offered.

“Our members for the past 16 months have gone to work every day during the pandemic," Sullivan said. "Some of the workplaces have been closed due to outbreaks, but they went in every day and did their job. And did that and the $2,500 that we negotiated that with the company as recognition for what they did during that time. And they stripped that away.”

It’s unclear when talks between the two sides will resume.