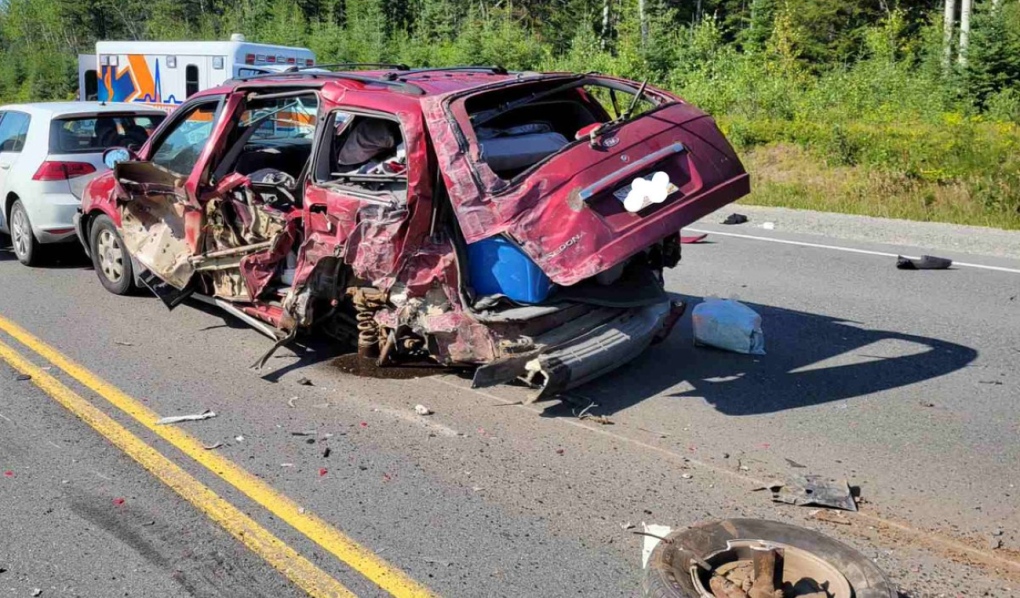 A Brampton, Ont., driver has been charged with dangerous driving following an eight-vehicle collision on Highway 11 east of Timmins. (Supplied)
Sudbury -

A Brampton, Ont., driver has been charged with dangerous driving following an eight-vehicle collision on Highway 11 east of Timmins.

Ontario Provincial Police said Thursday they responded to the crash Aug. 4 on Highway 11 in Playfair Township, South of Ramore.

"In total, eight motor vehicles were involved in the collision and one person was taken to hospital and treated for non-life threatening injuries," police said in a news release.

The 27-year-old Brampton driver was released on an undertaking after being charged and is scheduled to appear in the Ontario Court of Justice in Timmins on Sept. 16.

Canada must re-engage on diplomacy with China, but also learn lessons, experts say

While the saga regarding the detainment of Canadians Michael Kovrig and Michael Spavor by Chinese authorities may be at an end, the political fallout between the two countries as a result of it remains unclear.

Health officials in Ontario are reporting another 653 cases of COVID-19 Sunday as well as six additional deaths related to the disease.

Quebec reported 719 new COVID-19 cases Sunday as a recent rise in hospitalizations appeared to slow over the weekend.

Canada's only female defence minister was in 1993. Is it time for another?

Prime Minister Justin Trudeau is being urged by several experts on sexual misconduct in the military to name a new defence minister as he sets about building a new cabinet following Monday's federal election.

Germany's centre-left Social Democrats were locked in a very close race Sunday with outgoing Chancellor Angela Merkel's bloc in the country's parliamentary election, a vote that will determine who succeeds the long-time leader after 16 years in power, exit polls showed. Officials from both parties said they hope to lead the next government.