Sometimes even bears check the mail

Sometimes even bears check the mail

A father and son are sharing some photos from a brief encounter with a trio of black bears they saw when they were driving home from work in a small northern Ontario town on Monday.

It happened around 6:30 p.m. on Robb Road in Blind River, Ont., about halfway between Sudbury and Sault Ste. Marie. 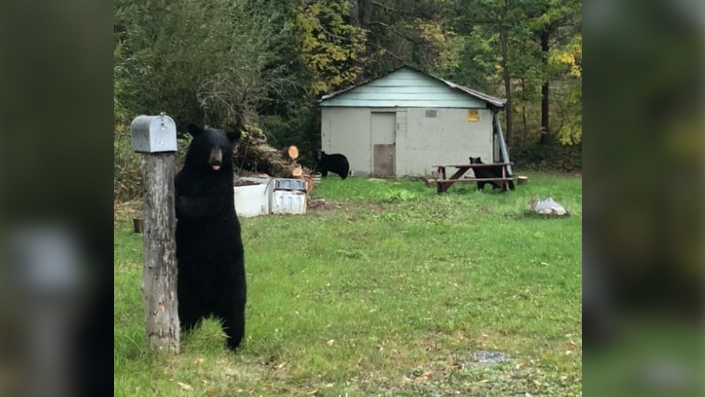 A black bear was seen standing next to a mailbox in northern Ontario earlier this week. Sept. 26/22 (Jamie and Jackson McLean)

Jackson McLean told CTV News his dad, Jamie, pointed out the bears as they were driving.

"I turned and got a brief glance of the three bears and told him there was two more in the back. So he reversed back to get a better look," McLean said.

"We sat there for about two minutes taking pictures, and the bears were not scared of us at all."

One photo shows a bear standing on its hind legs next to a mailbox on top of a wooden post.

It happened while the men were parked about 10 feet away, he said.

"The lot that they were on has been abandoned for a long time now," McLean added. 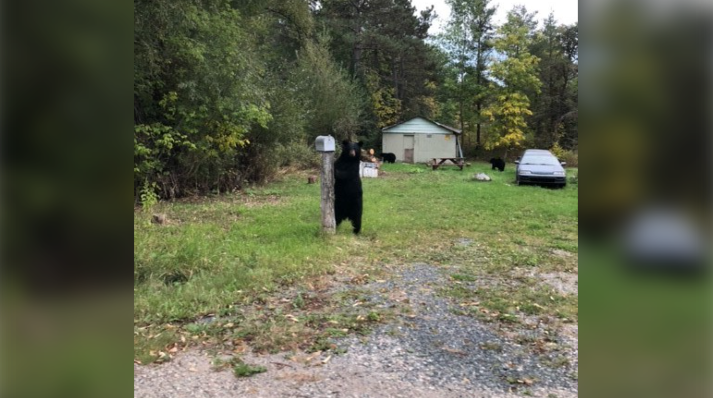 Three black bears were hanging around an abandoned property in Blind River on Monday. Sept. 26/22 (Jamie and Jackson McLean)

The national security adviser to Prime Minister Justin Trudeau says that senior officials are planning ahead for the possibility of another 'Freedom Convoy' protest in early 2023.

Canada should delay MAID for people with mental disorders: psychiatrists

Canada is not ready to expand medical assistance in dying for people with a mental disorder, leaving psychiatrists across the country 'incredibly concerned' about patients needing better access to care, including for addiction services, says a group representing the specialists across the country.

Alberta’s deputy premier says the proposed sovereignty act does not grant cabinet unilateral power to rewrite laws behind closed doors, but amendments may be needed to clear that up.

Only one in five Canadians are aware that a person with HIV can't sexually transmit the disease if they are taking the proper medication, according to a new survey that suggests Canadians still have a long way to go in understanding the medical and social realities of HIV.