NORTH BAY -- Many of the master pieces have now shrunk in size or disappeared altogether, but it didn’t stop residents of all ages from putting on their snow pants and creating happy winter memories during the first ever snow sculpture contest in the city.

"It was just a nice thing to come out and spend the day out-of-the-house and just create something fun for us to enjoy and for other people to enjoy because we knew we we’re going to put it on social media," said Bea Gravelle who created two snow friends with her husband.

The City of North Bay launched a snow sculpture contest with prizes going to the top three creations.

However, officials and participants say it was more about doing something fun.

"The city felt that we needed an incentive to get people out there and doing something creative and something for a purpose," said Community Service Chair and City Councillor Johanne Brousseau.

"I was shocked, or not shocked, but amazed at the response on Facebook of others that are not participating but commenting on the sculptures. It’s encouraging everyone to go out there and enjoy winter."

The contest was first posted on the city’s Facebook page on Feb. 23 and has over 100 comments of people getting involved.

However, many participants say they created their snow friends before hearing about the contest. 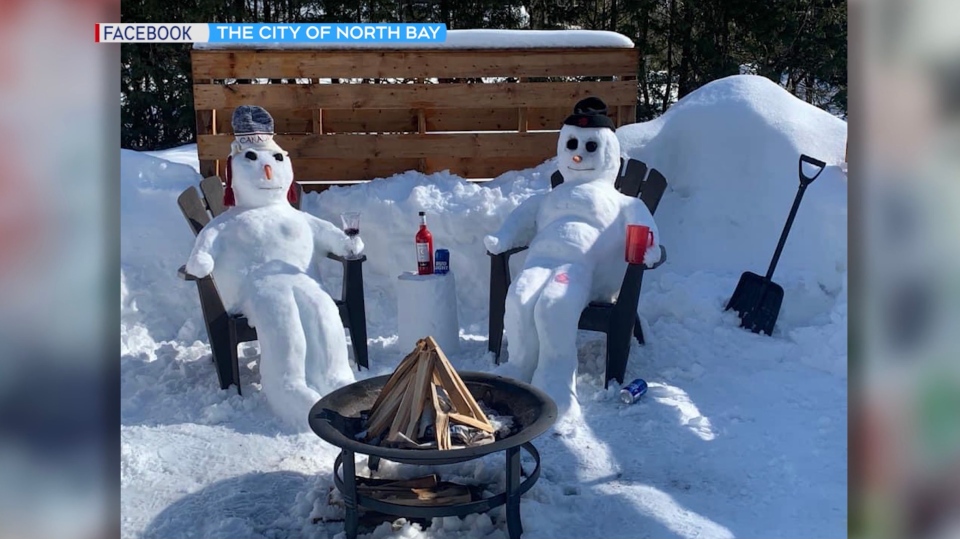 Entry by Richard & Bea Gravelle which took about 2 hours to create. (Supplied photo)

"I haven’t made a snowman for probably over 30 years," said Richard Gravelle.

"This was something that probably if it wasn’t for the pandemic we probably would have never had done it. So I guess it took that for us to get together and make these sculptures."

"It was fun and we both enjoyed our day and it was the fact that the comments from everybody, what we heard, that there made us happy."

After 30 years out of practice, the Gravelle’s say this might be a new winter tradition, but they are hopeful next year it can include their kids and grandkids.

They aren’t the only one’s taking part in activities they hope to share next winter.

"It’s hard right because the kids can’t have other friends over right now, so we’re trying really hard to keep them active and outside," explained Kerri Milne-Rivest who built a huge snowman with her two kids Ellie and Graysen.

"They’ve actually done a lot of winter camping in our backyard so the kids, you know, trying to keep them active outside and off their technology has been a little difficult at sometimes, so building a snowman was something different and they really enjoyed it." 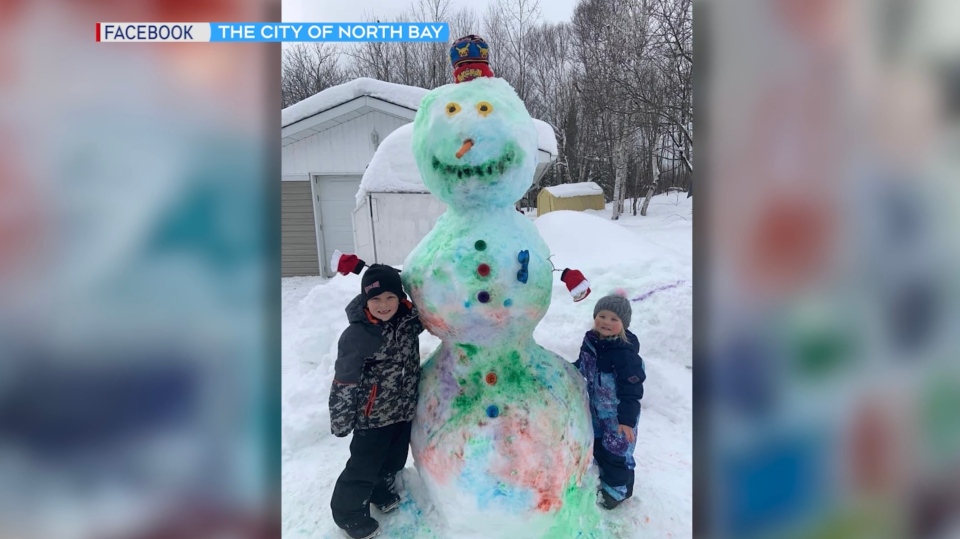 Entry by Ellie and Graysen Rivest which took about 1 hour to create. (Supplied photo)

However, for 3-year-old Ellie and 6-year-old Graysen, they say their new friend was pretty cool.

"His name is Frosty," said Graysen.

"We dyed him with a lot of colours"

Both of them adding that rolling the balls was their favourite part, but making him colourful was still a fun part of the day.

The contest has brought entries of all shapes and sizes including an octopus garden, animals from all over the world, and rainbow igloos and walls. 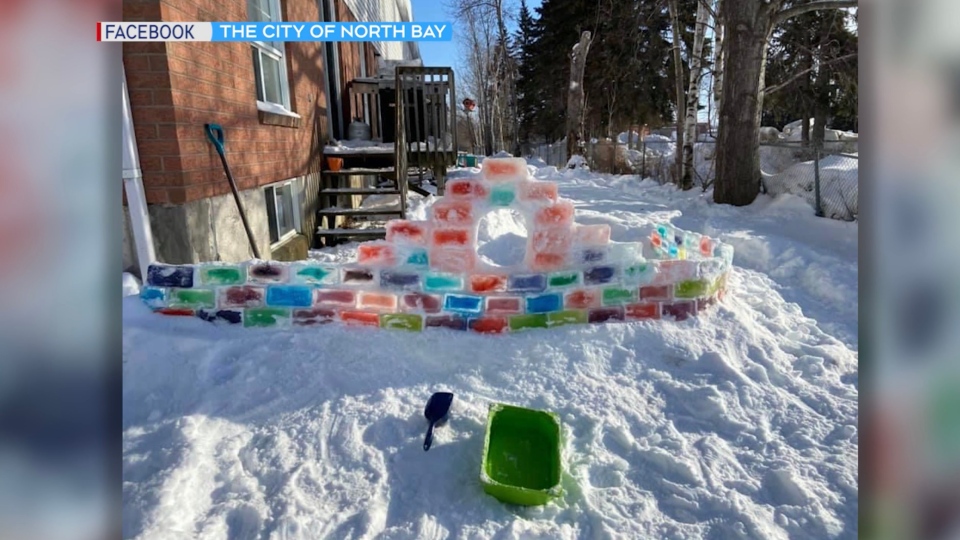 "We just decided to try and get outside with everything closed down, no skiing, no sliding, no skating, we just thought something fun to do outside," said Lora McMeekin who created a rainbow snow walls with her sons.

"I started freezing some blocks of water in the bread pans and Ced and Olly helped me put them together."

"My favourite part about it was probably like putting the dye in the water. That was pretty fun."

Entries are open until Sunday evening with the winners being announced on the City of North Bay’s Facebook page on Monday.

But even with time running out, those wanting to make something creative, might get another chance.

Meaning although people might have to wait another year for more snowman making snow, it looks like the city will be hosting another contest in the future.