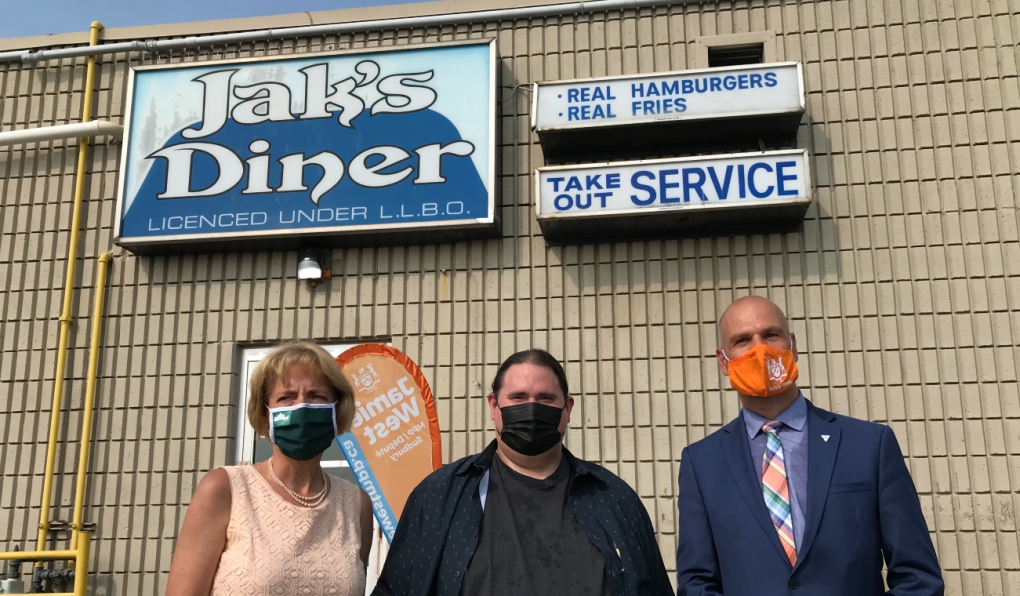 During the pandemic, thousands of small businesses across Ontario have either had to close their doors or have been barely able to stay open. Many have been promised financial help by the government, but have not received it. (Molly Frommer/CTV News)
Sudbury -

During the pandemic, thousands of small businesses across Ontario have either had to close their doors or have been barely able to stay open. Many have been promised financial help by the government, but have not received it.

Jak’s Diner in Sudbury is just one of many businesses forced to shut down during the COVID-19 lockdowns.

Owner Chris Cunningham said he applied for the Ford Government’s Small Business Support Grant twice, and still has not received any of the money he was promised.

“In February I received an email saying I was approved for $12,500 and that it would be deposited into my account within 10 business days and I’ve never received the funds,” said Cunningham.

“Then in April I received another email saying 'good news, you’ve been approved for a second round of funding and that will be deposited in 10 business days,' and I still haven’t received that money, either.”

Cunningham said he has made numerous phone calls and sent multiple emails to those in charge of the grant but has not heard back.

“As far as I know, I was approved and if I wasn’t and they took a second look and it turns out I don’t qualify, well that’s fine, but just let me know," he said. "But I’ve never received a response. It’s like shouting into the void.”

Cunningham isn’t the only one who has tried getting answers. Local MPPs said they’ve received close to a hundred calls from small business owners in their ridings and have tried everything at their level to get support for these businesses, but have also not heard back.

“Go through any of the strip malls in Nickel Belt, there are more small businesses closed than there are open,” said France Gélinas, Nickel Belt NDP MPP.

"The ones that are still open need the government’s support. To have a bureaucracy nightmare that will lead to the failure of these businesses. I can’t take this anymore … I have called, I have emailed dozens of times, I have written letters, and never ever did I get a call back.”

“A lot of these businesses are budgeting to keep their employees working so that the economy can continue to go so they aren’t suffering,” said Jamie West, Sudbury NDP MPP. "And that money doesn’t show up and that’s so frustrating for them.

Both Gélinas and West said when they return to Queen’s Park on Sept. 13, the issue will be at the top of their agenda.