Shriners gather in the Sault to welcome new members

Shriners gather in the Sault to welcome new members

Nearly 500 Shriners and their partners from across Ontario gathered in the Sault for the philanthropic organization's annual Fall Ceremonial.

It's at this event that all new members are sworn in.

“They are Masons in good standings and they have petitioned to become Shriners. So we do a ceremony to initiate them and welcome them into the fraternity.”

In addition to the Ceremonial, the more than 300 members held a parade in downtown Sault Ste. Marie, for the young ones and the kids at heart.

“The parade is critical. It gives us a chance, because we brag about the Shriners being fun; well we want to be out there for the community, to show the community that we are fun. So it’s our way of saying thank you to the city and especially to the kids,” Harry Thomas, organizer of the event and Shriner from the Sault to CTV News. 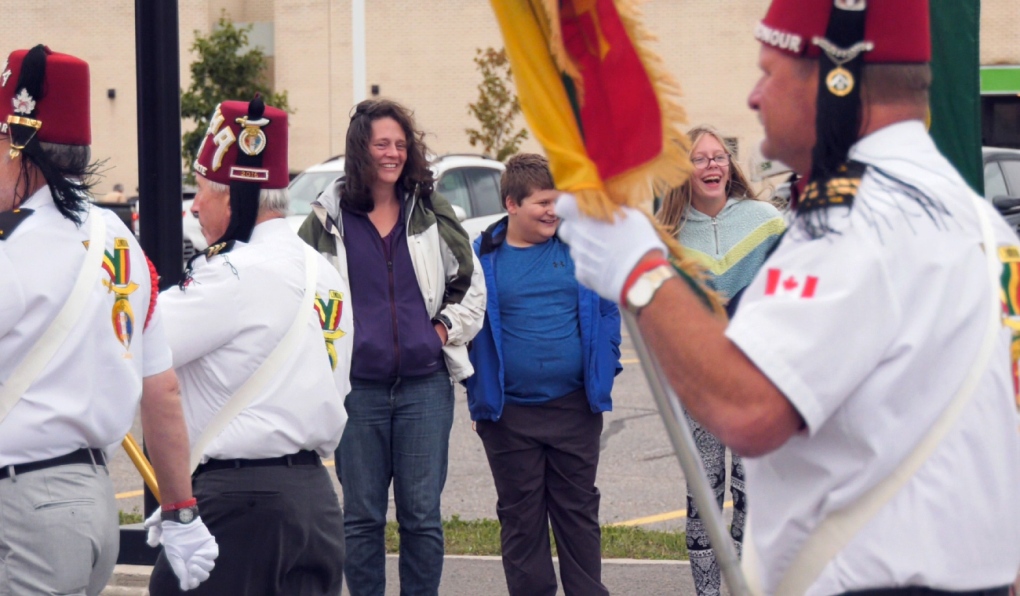 In addition to the Ceremonial, the more than 300 members held a parade in downtown Sault Ste. Marie, for the young ones and the kids at heart. (Cory Nordstrom/CTV News Northern Ontario)This is the first Ceremonial in 3 years because of the pandemic. Thomas noted how excited members were to see one another again.

“Having this is really important, not only to bring the new members in, but so we can reacquaint ourselves with our friends and Nobles from around the country, and people from the states that have been up,” Thomas added.

As part of the Ceremonial, visiting clubs donated over $215,000 to the main Shriner organization, with the majority of that going to the hospital.

Rene St-Arnaud is a Shriner himself and the Director of Research at the Shriner's Children's Hospital.

He says these funds are critical.

“We’re able to extend specialty care programs because of the donations. The research program, for example, is not supported by the government,” St-Arnaud explained.

It had been over 50 years since the event was last in the Sault.

To mark the occasion, the Mocha Shriners held their first ever concert series, featuring Burton Cummings, Marianas Trench and the Trews.

Funds from those shows will also go towards the Children's Hospital.

Though the exact figures haven't been calculated yet, organizers say the event was a huge success.

Food prices in Canada will continue to escalate in the new year, with grocery costs forecast to rise up to seven per cent in 2023, new research predicts.

Ukrainian officials reported a new barrage of Russian missile strikes across the country Monday, an attack that was anticipated as Russia seeks to disable Ukraine's energy supplies and infrastructure with the approach of winter.

Bob McGrath, an actor, musician and children's author widely known for his portrayal of one of the first regular characters on the children's show 'Sesame Street' has died at the age of 90.

Former U.S. President Donald Trump faced rebuke Sunday from officials in both parties after calling for the “termination” of parts of the U.S. Constitution over his lie that the 2020 election was stolen.