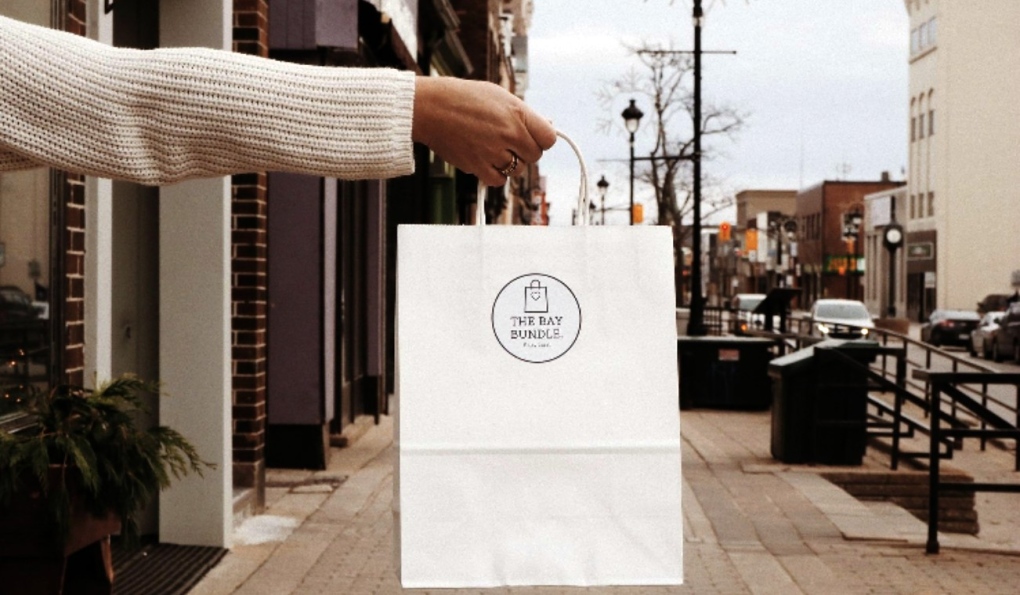 The Bay Bundle, which sold out in just 18 hours, features multiple items from 10 local businesses in an effort to support shopping local this holiday season. (Supplied)

“The Bay Bundle is a curated assortment of speciality food items from 10 local vendors in North Bay,” said Nico Waltenbury, who helped create the project alongside friends Taylor Hummel and Sierra Mercer.

“It’s a project that Taylor and I and our friend Sierra put together in order to increase sales and revenue for local businesses during the challenging times with the COVID-19 pandemic and to raise some money for a great local charity, the North Bay Santa Fund.”

The bundles went live on Monday, and were sold out in less than 24 hours.

“We said amongst ourselves that we thought if there was any community this could work in, that it would be North Bay,” he said. “But we did not expect that we would completely sell out within 18 hours. We raised over $1,000 for the North Bay Santa Fund in that time and thousands of dollars in sales for the local economy.”

Currently, all three live outside of the city, with Waltenbury in Toronto, Hummel in Ottawa and Mercer in Timmins. However, it was important to them to support their hometown, especially during the Holidays this year.

“I think more then ever this year because of COVID and everything that’s happened, we’re all feeling a little more homesick then we usually would be,” said Hummel.

“I haven’t been able to see my family as much as obviously we would like and the plan is to still go back for the Holidays, but I do really miss Christmas time around North Bay,” she said. “The Santa Christmas Walk is something that I did every year and it couldn’t happen this year. So a lot of things like that, that I know are real drivers in the local economy there that couldn’t happen and the things that I miss doing myself, it just feels good to give a little bit of that back to the community that I’m obviously feeling homesick for.”

The Bay Bundle sold for $60 each and customers don’t know what exactly they bought, except that it is local.

“We are keeping it a surprise to what specific products are going to be in the bundle, so customers are going to have to wait until their contactless deliver or their pick up at Good To Go North Bay to find out what exactly is in the bundle,” said Waltenbury. “But we can promise you that there are 10 of the greatest companies, local businesses in North Bay and some of their best products.”

Delivery for the bundles is scheduled for Dec. 19 or people can pick up their bundles on the same day, guaranteeing that the packages will be ready in time for the Holidays.

The Bay Bundle team is currently trying to work out if they can do a second round of sales this year.

On top of supporting local businesses, $2 out of the total price is going back to the North Bay Santa Fund.

“Every single dollar that people are spending, because the bag is $60, is going back to the community in some way shape or form,” said Hummel. “So $58 is essentially going to the businesses directly and $2 is going to the Santa Fund.

"We did, on the online checkout, give people the option to donate extra to the Santa Fund. And North Bay, bless them, we did have an average of about five to six extra dollars added to every single order going back to the Santa Fund.”

The final numbers haven’t been tallied yet, but Waltenbury said there will be an announcement in the coming weeks about how many bundles were sold and just how much money was raised.

Right now, although the bundles are sold out, people can still visit The Bay Bundle website and donate directly to the Santa Fund.

“I think that this just shows that right now people are craving for an opportunity to be apart of something that is really good,” said Waltenbury.