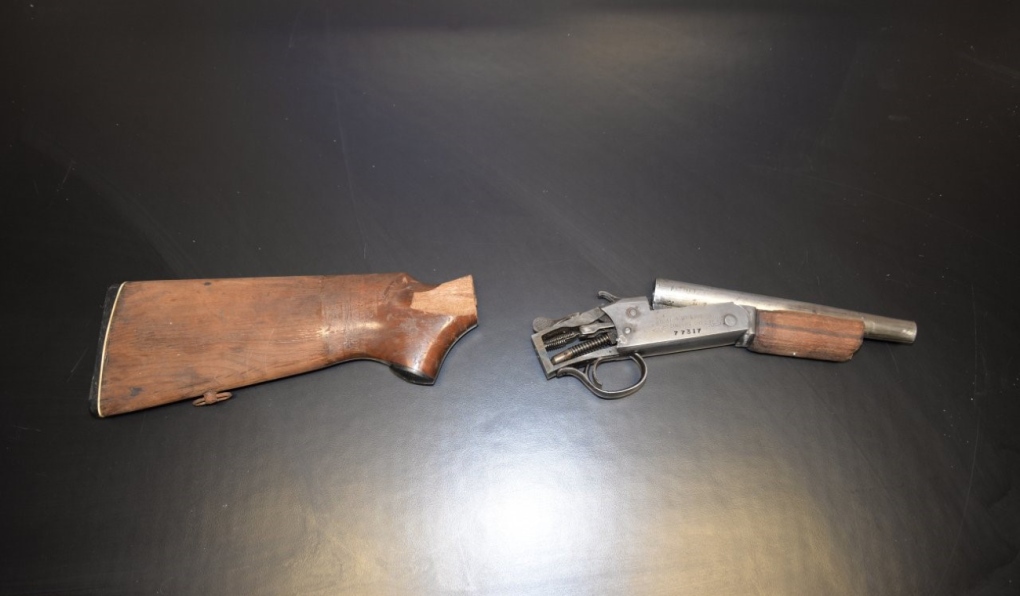 This sawed off shotgun were among the items Sault Ste. Marie Police seized during a raid April 20. (Supplied)

"A subsequent search of the area of arrest found the seven accused to be in possession of a sawed off shotgun, four rounds of .410 calibre ammunition, a .22 calibre ammunition casing, and small quantities of suspected methamphetamine and fentanyl," police said in a news release Wednesday.

“As a result of excellent investigative work, a dangerous firearm is off the streets, seven individuals are facing serious criminal charges and five of them have also been issued provincial offences notices for violating the Emergency Management and Civil Protection Act (EMCPA),” Chief Hugh Stevenson said in the release.

Lockdown violators will be fined

“Let this serve as a reminder to everyone in our community that we are in the midst of a provincial lockdown. Gatherings are highly restricted at this time and we will investigate any complaint of a violation. Those found to be in violation will be fined under the EMCPA.”

The seven people have been charged with numerous offences, including weapons possession, possession of an illegal weapon, careless storage of a firearm, drug possession. They were also issued provincial offences notices for violating the provincial COVID shutdown restrictions.

They all have a court date of May 31, except for the 40-year-old, who is charged with breach of recognizance and is being held for bail court.