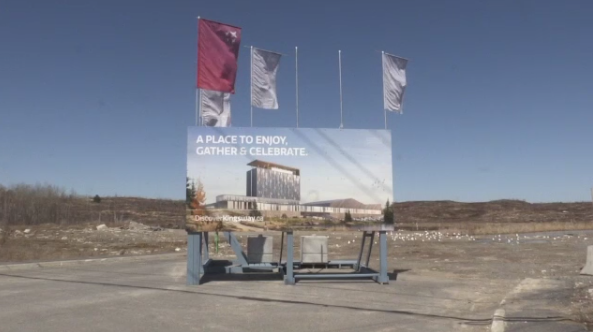 SUDBURY -- The appeals of the approval of the Kingsway Entertainment District will take place Sept. 17-18, Greater Sudbury confirmed Thursday.

The Local Planning Appeal Tribunal set a new hearing date this week after the original hearing, scheduled for May 5, was cancelled due to COVID-19.

It is still possible the hearing could take place as early as August, depending on how long a separate proceeding in the Superior Court of Justice takes to conclude.

Those hearings are scheduled to be heard June 29-30 in Sudbury.

"If the Superior Court of Justice issues a decision shortly after the hearing, it is possible that the LPAT hearing could be moved to August," the city said in a news release.

The LPAT hearing has been reduced from four days to two due to the virtual format of the proceedings, the release said. "Witnesses will be sent written questions and will submit written responses prior to the hearing rather than being questioned in-person by the LPAT members. This change reduced the amount of days required for the hearing."

More information on the public viewing of both the Superior Court of Justice and the LPAT hearings will be provided once it becomes available.

The Local Planning Appeals Tribunal has set a date of Sept. 17 – and Sept. 18, if necessary – as the date it will hear arguments related to the Kingsway Entertainment District.

However, the date is tentative and could be changed, depending how long it takes the Superior Court of Justice to rule on a separate motion to stop the project.

Meeting via teleconference Wednesday morning, the tribunal rejected arguments in favour of delaying setting a hearing date until the Superior Court makes a ruling.

While the LPAT is dealing with planning-related issues, the Superior Court will deal with arguments city council in Greater Sudbury was biased when it approved the project in early 2018.

The LPAT ruled earlier that such an argument was beyond its jurisdiction, and should be heard in another court.

That case will be heard in Sudbury June 29-30, and the LPAT set the Sept. 17 date anticipating 10-11 weeks for a ruling in Superior Court.

If a ruling comes earlier, the LPAT could move the hearing to an earlier date. The tribunal will contact the judge hearing the case to gauge how long he expects a decision to take, with an eye on finalizing the hearing date this week.

The Kingsway Entertainment District includes a $100 million arena, a $60 million casino and a hotel to be built in the Moonlight Beach area of the city. Groups opposed to the plan are against moving the arena out of downtown, and the idea of building a casino in the city.

A hearing date was originally scheduled for May 5, but was cancelled because of the COVID-19 pandemic.

The tribunal plans to hold the hearing via teleconference, and is in the process of switching to a new system that would allow for improved video and audio testimony.