Seeds flying off the shelf at North Bay garden centres

“There’s a lot of product last year we didn’t even take it off carts,” said Lori Laporte of Laporte’s Nursery and Greenhouse. “That’s how fast it went out and I believe that it’s going to be the same way this year. We’re not going to have to store anything -- as soon as the trucks come in they’ll be empty.”

“Seeds?” Laporte added, “We’ve already filled it twice so I see that continuing for a while.”

It's a trend that is being seen at multiple stores in the city.

“Seeds have been huge,” said Bob Hudson, with Burrows Country Store and Garden Centre. “We’ve restocked over three times now and normally we don’t restock for the first time until April.”

'It's become the new toilet paper'

“It’s sort of become the new toilet paper this year to be honest with you,” he added.

Fruits, vegetables and house plants seem to be the ticket items with many finding their green thumb during the pandemic.

“We saw all the discussions about food shortages and how people had to stay close to home so they were planning their yard, planning their gardens,” said Maureen Ranger with the North Bay Horticultural Society. “There were many videos and zoom meetings on how to start a garden, plant seeds, so it was great. It got people interested in gardening and even on planting trees and learning how to care for your trees in your yard.”

However, with more people growing at home, shop owners are warning people to buy sooner than later.

“We’re doing our best to keep stocked with seeds,” said Hudson. “A lot of the suppliers out there though have cut back in the sense of how much they’ll give different companies because they want to make sure they spread it around to all the garden centres out there.”

Laporte said that even with the ground barely thawed, her customers are starting to worry about supply, as well.

Fears of a shortage

“They’re all asking the same thing: ‘Is there going to be a shortage?’ I really don’t know,” she said. “I’m trying to keep my eye on what’s going out quick and keep in touch with the suppliers. Sometimes you just never know though, but I do think the seeds will be gone -- potatoes, anything edible will be the big thing.”

Although impossible to tell what this growing season will bring, experts expect that similar to last year, gardening will be a popular activity.

“We’re still being asked to stay close to home and I mean there’s a lot of things that can happen,” said Ranger. “You can still garden at your home and now with social distancing and safety measures, you can help at the heritage gardens.”

Even with people buying earlier and more products at a time, shop owners said they feel better prepared to handle the demand than they did last year. 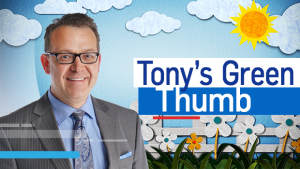