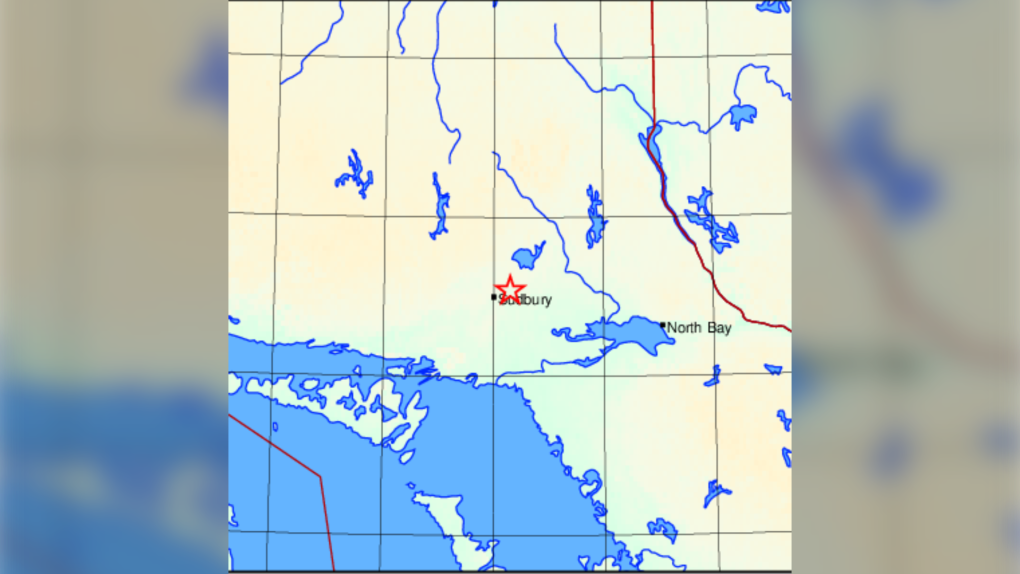 An earthquake of 3.0 magnitude occurred in Sudbury on April 24 (Earthquakes Canada)

SUDBURY -- A second earthquake in just a matter of days has been reported in the Sudbury area.

Earthquakes Canada said it happened at approximately 9:44 p.m. It is recorded as 3.0 in magnitude.

Vale has since confirmed the seismic event occurred on the 5200 level at the company's Garson Mine following a crown blast.

In a statement released Saturday morning, Vale confirmed all employees were safely returned to surface and the April 25 day shift at the mine has been cancelled while underground assessments are conducted.

The earthquake comes just hours after another earthquake that originated from the opposite end of Greater Sudbury was reported at Vale's Creighton Mine near the community of Lively on April 24.

Did you hear a rumble or feel a shake around 9:45 p.m. in Greater Sudbury?
We are looking into it. Stay tuned!