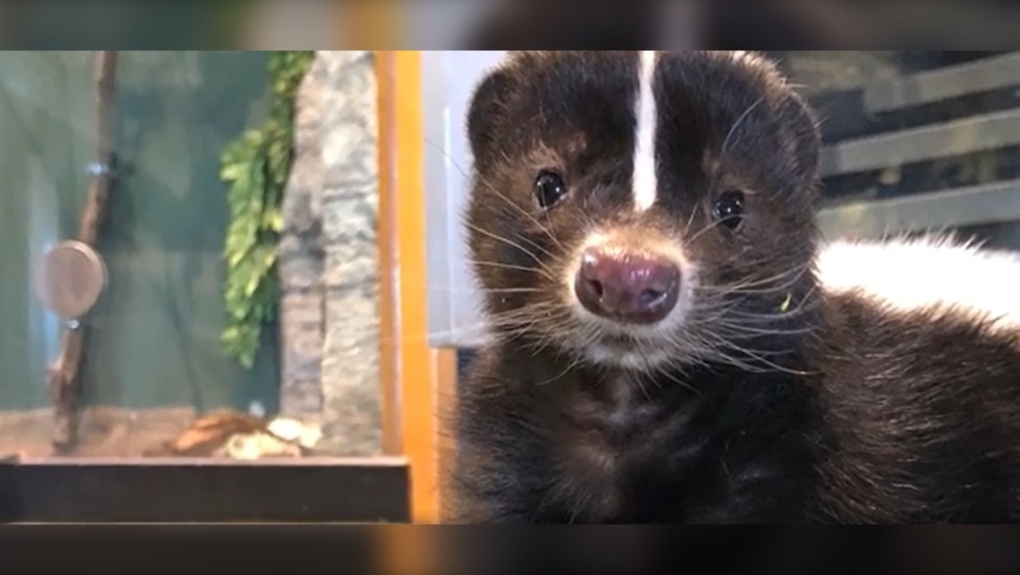 Science North said goodbye to one of its most iconic ambassadors on Friday.  Saunders the striped skunk passed away yesterday after almost a decade in Sudbury.

After his arrival in 2013, Saunders quickly became a resident favourite and helped educate visitors about the animal’s incredible ability to adapt.

"Science North Bluecoats and visitors are mourning the loss of a great animal ambassador…Our veterinarians and Animal Care Team monitored his health closely for the past several months," wrote Science North on social media.

"Saunders has been an iconic animal ambassador at Science North since 2013 and has inspired and mesmerized visitors from around the world."

In an Instagram Post, the centre’s bluecoats shared a remembrance video of the striped critter along with some little known facts that reveal just how great an impact he had.

"Saunders was the first ever skunk I had ever seen up-close in real life. (We don't have skunks in Australia) Meeting Saunders is one of many favourite memories of visiting Science North," wrote user ‘og.ray.ray’ in the post’s comments.

At just one year old, he was adopted from the Saunders Country Critters Zoo in Oxford Station, Ont. but staff made sure his hometown would remain part of his identity.

"He has helped educate many people about skunks' amazing adaptations that make them exceptional nocturnal foragers and one of the most resilient animals in our Northern ecosystems," read the post.

"Saunders enjoyed his target training and walks around the science centre and any enrichment items that involved eating a cockroach."

Saunders will be greatly missed by the city’s residents and all at Science North.  Bluecoats are celebrating the Sudbury skunk by inviting visitors from around the world to share their memories of him.

Two people are dead and several other were injured after a Laval city bus crashed into a daycare Wednesday morning, according to first responders. The driver of the bus, a 51-year-old man, has been arrested and charged with homicide and dangerous driving, police say.

Fir trees are under attack in the British Columbia interior, where severe drought and heat are putting forests at risk due to bark beetles.