School trips cancelled across northern Ontario due to COVID-19 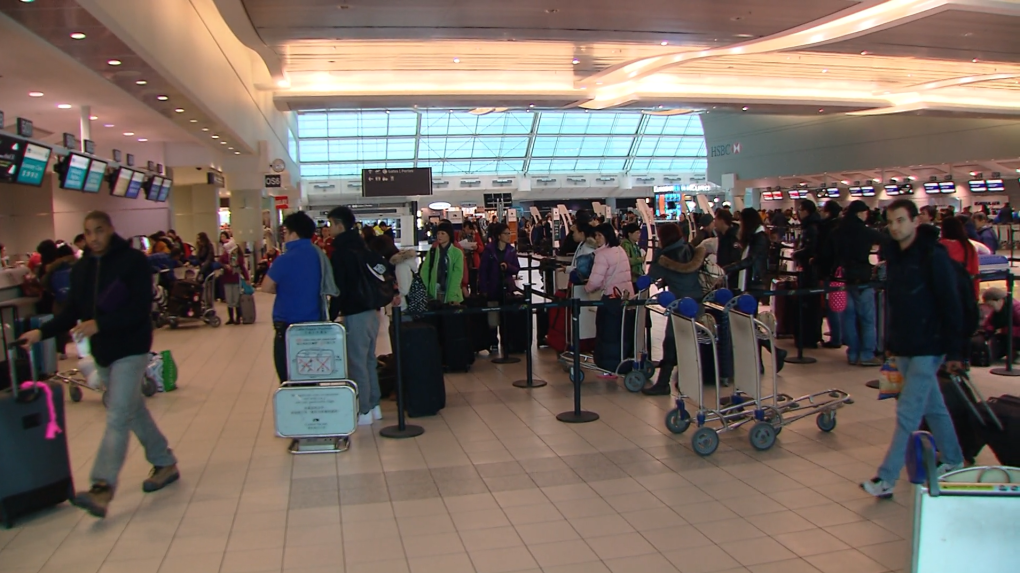 School boards across northern Ontario have been cancelling school trips, out of an abundance of caution, over COVID-19.

SUDBURY -- It's supposed to be a time to celebrate, a day to look forward to but many high school students across northern Ontario are finding their trips to Europe are being cancelled.

School boards have been cancelling their travel plans, out of an abundance of caution, to countries with travel advisories due to COVID-19.

"We feel that it's imperative that we look at the health and safety of our students first and to make sure we keep them out of harm’s way."

Blaseg says the reaction has been positive for the most part, as there is some obvious disappointment. He adds they did wait until the last possible minute before reaching a decision to cancel.

"We gave it as much time as we could,  and once we saw that the advisory would not be changing and the coronavirus is still expanding and we're just hopeful it doesn't go any further than this but this time we decided to terminate all of those trips going to Europe."

There are still two international trips to the United States and Costa Rica that are still being monitored and under review.

"Should they contract corona virus, just think of the factors that they would be triggering coming home, would they be allowed to come home, is there a 14 day quarantine once they get home, if they showed signs of it what would that trigger for our community, there's just a whole nuance in terms of how we'd have to respond and we don't want to put that on anybody," said Blaseg.

Rainbow students should be able to get a full refund through a third-party insurance provider, if they opted to get the insurance.

Staff and students at Ecole Renaissance in Timmins only learned Mar.6 from the board that their trip was cancelled.

“The decision to cancel this school trip was not taken lightly. As a school board, our first priority is the safety and well-being of our students and staff. With the many unknowns about the spread of COVID19 at the moment, we feel it would be irresponsible for us to allow a group of students and staff to travel to Europe at this time.” Simon Fecteau, Director of Education Conseil scolaire public du Nord-Est de l’Ontario wrote in a statement.

High schools were not the only ones who cancelled trips to Europe, Laurentian University English professor, Sylvia Hunt,  and her colleague were supposed to be taking 29 students to Florence, Italy in June.

"If it was just me, I might be willing to take on the risk, that's my health, my risk, my money, but I couldn't – Todd and I both agreed we couldn't take that risk with our students and somebody else's children," said Hunt.

She adds they reached the decision before the deadline so her students should be able to get a full refund.

"We were looking forward to taking this group away, they were a lovely group, but very disappointed but they understood completely and some of them even said "my parents and I are just relieved," Hunt said.

Hunt adds she's also seeing colleagues and faculty adjust their travel plans as conferences abroad are either being cancelled or rescheduled.

COVID-19 patients say they had no idea they were ill

Man rescued after 69 hours in rubble of fallen China hotel

The psychology behind why toilet paper, of all things, is the latest coronavirus panic buy

When will the COVID-19 outbreak peak? Experts weigh in

Gas prices in 'freefall' due to coronavirus epidemic

Ireland cancels all St. Patrick's Day parades due to coronavirus

'Come From Away' Chinese tour postponed over COVID-19 concerns: organizers

Saudi Arabia cuts off travel over virus as markets tumble

Two members of U.S. Congress isolating themselves after contact with COVID-19 case

Behind the scenes, scientists prep for coronavirus vaccine test