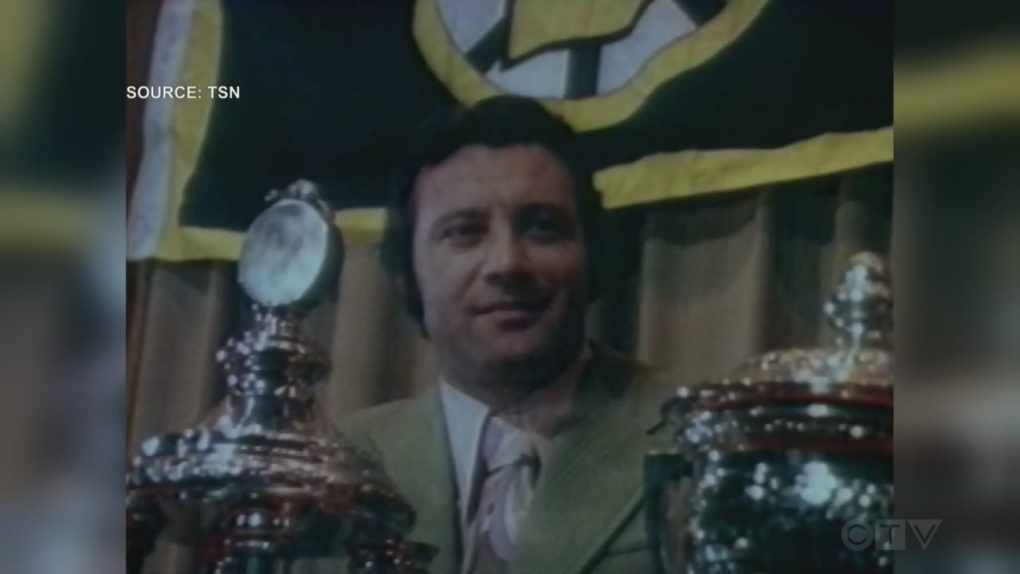 As the hockey world mourns the loss of one of it's all-time greats, Sault Ste. Marie is looking back on one of its most famous sons.

The Chicago Blackhawks announced Tony Esposito passed away Tuesday after a brief battle with pancreatic cancer, at the age of 78.

The former NHL goaltender and Sault native spent almost his entire 16-year career playing in Chicago, alongside his brother Phil, winning a Calder trophy and three Vezina trophy's for his achievements.

Both Esposito brothers would go on to be inducted into the Hockey Hall of Fame, but according to Sault Greyhounds President, Tim Lukenda, the pair never forgot about their hometown along the way.

"They spoke highly of their humble roots that they came from in the Sault and how it gave them the start and the determination in hockey to excel the way they did," Lukenda said. "They were both important, foundational pieces in the history of Sault Ste. Marie."

Lukenda said his fondest memories from the Esposito's come from the 1972 Summit Series between Canada and the Soviet Union.

Tony Esposito helped get Canada its first win in game 2 of the series, after a blowout in the opening game of the tournament.

"He was a great ambassador for hockey and Sault Ste. Marie," Lukenda said. "Personally, he helped inspire me to become a goalie when I first got started as well."

Esposito helped to pioneer what has become known as the butterfly style of goaltending, which is widely used among modern goalies today.

"I'm sure at the top of anyone's list, especially someone my age would say the Esposito brothers and Tony, not only great hockey goaltender from Sault Ste. Marie, but one of the greatest hockey goaltenders in national hockey league history," Russon said.

Russon serves as the editor of Hockey News North and said he's seen numerous players come through the Sault over the years.

In his interactions with Tony, he said he was often quiet in comparison to his brother, Phil.

"Tony was always a very thoughtful person and an all-around great guy to be around," he said.

Mike Commito is an author of "365 Hockey: Daily Stories from the Ice," and based out of Sudbury. He said the Esposito's both served as inspirations for the region, particularly because of their northern roots.

Asked to describe what put Tony Esposito ahead of the rest, Commito said it was his focus and dedication for the game of hockey.

"I recall reading some stories of how when him and his wife, Marilyn, would go to the rink," he said. "She would often joke that she might as well bring a book in the car, because there was no conversation because he was so focused."

Commito said there was an element of unorthodoxy to his game, that also helped Esposito standout.

Whether it be through the use of the butterfly, wearing the number 35, or being one of a very small handful of left-handed goaltenders to play in the NHL, Commito said it's all lead to him becoming one of the greatest players of all time.

Canadian actor Robert Cormier has died at age 33 after a 'tragic accident,' his sister says.

The Canadian generic pharmaceuticals giant founded by murdered billionaire Barry Sherman in 1974 has agreed to a takeover.

A federal judge signaled Wednesday that she plans to order disgraced R&B superstar R. Kelly to pay more than US$300,000 to one his victims in a decades-long scheme to use his fame to sexually abuse young fans.

An Ontario boy with terminal cancer wanted to see monsters. 1,000 strangers made it happen

A five-year-old Hamilton boy battling brain cancer had one request: he wanted to see monsters. Earlier this month, 1,000 strangers made his wish come true.

This ship tried to warn the Titanic about the iceberg. Now scientists have found its wreckage

The wreck of a ship that tried to warn the RMS Titanic of the iceberg that sank it on its maiden voyage has been found at the bottom of the Irish Sea.