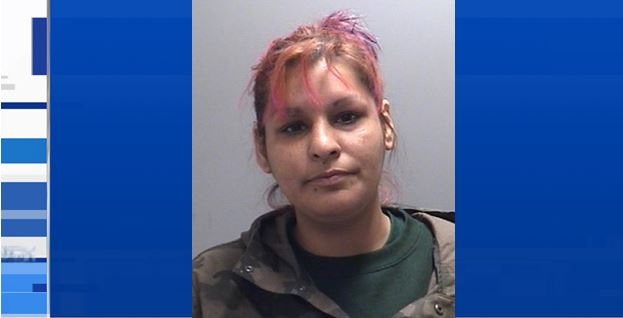 She was brought in to custody on Tuesday and is beng held for bail court.

Sault Ste. Marie Police Service is looking for a fifth person in relation to an incident that took place on Thursday, May 16 in the 100 block of James Street after arresting 29-year-old James Bolan, the fourth suspect in the case, on Saturday.

She is wanted on numerous charges, including attempted murder and assault with a weapon after an attack that sent a man to hospital with life-threatening injuries.

Four people have already been charged for attempted murder, among other offences.

These charges have yet to be proven in a Court of law, and all accused individuals are presumed innocent until proven guilty.

On May 16, 2019, officers with the Sault Ste. Marie Police Service responded to a call for service in relation to an incident in the 100 block of James Street.

During the mid-morning hours on Thursday, police say that four people entered a residence of a person known to them and once inside, the victim was attacked, and is now in hospital with life-threatening injuries.

As a result of the ongoing investigation, officers arrested three people in connection to this incident and now, 37-year old Sarah Mergaert of James Street, 34-year-old Jarrett Jocko of Andrew Street, and 29-year-old Gilbert Ryan Wilson of Gilles Street have been charged with the following:

A fourth suspect, 29-year-old James Bolan is also wanted in connection to this incident and members of the Sault Ste. Marie Police Service are actively looking him. He is also wanted for crimes listed above.

Bolan is considered dangerous and police urge the public not to approach him. If you see him, police ask the public to please call 9-1-1 immediately.

The three accused in custody are being held pending a bail hearing.

If you have any information regarding these crimes, or any other crime, please call Crime Stoppers anonymously at 705-942-7867 or 1-800-222-8477 (TIPS). You can also submit an anonymous web tip using the following link, please click here or text keyword SSM with your tip to 274637. Text STOP to 274637 to cancel. Text HELP to 274637 for help. Msg & Data Rates May Apply. See Terms and Conditions, Privacy Policy, Terms of Use. Crime Stoppers offers a cash reward of up to $2000 for tips that lead to an arrest. Visit our website for more information: www.saultcrimestoppers.com.