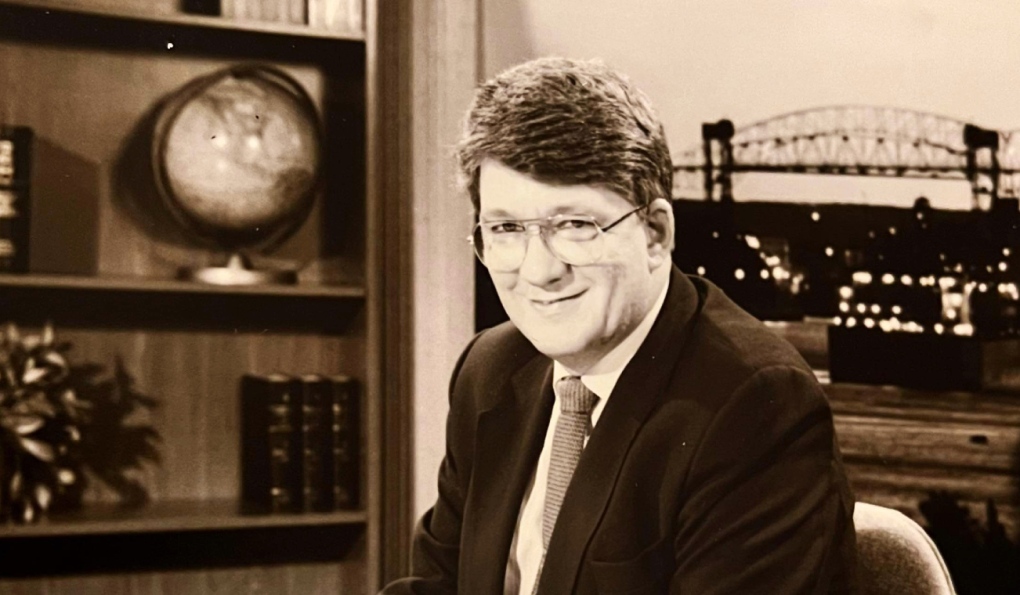 For decades, Karl Sepkowski delivered the news to homes in and around Sault Ste. Marie. He started his career in the late 50s with CKCY Radio. Sepkowski later moved to television with CJIC and MCTV. (Supplied)

Viewers and listeners around the northeast are remembering Karl Sepkowski, a long-time broadcaster in Sault Ste. Marie, who died this week.

For decades, Karl Sepkowski delivered the news to homes in and around Sault Ste. Marie. He started his career in the late 1950s with CKCY Radio. Sepkowski later moved to television with CJIC and MCTV.

Karl hired me in 1988 to become the news anchor for the six p.m. show. He sold me on the Sault by saying Wayne Gretzky played hockey there and they had a federal cabinet minister.

Sepkowski had a booming voice and a great news sense.

I remember he would camp out at a hotel covering labour talks between the Steelworkers’ Union and Algoma Steel well into the evening hours after working all day. He would provide a report on the latest developments without a script. He was that good.

Sepkowski would also go on to do freelance work with radio station Rock 101.

He died at age 81 at Newmarket Health Centre on Monday after battling lung cancer.

His son Matt posted a tribute Tuesday on Facebook.

Is working from home or the office better? Some Canadians weigh in

News that she'd be headed back to the office was very welcoming for English instructor Kathy Andvaag, after more than two years teaching from her “dark” and “cold” basement.

Looking to travel this spring? Here are some cost-saving tips

With the spring break travel season approaching, those looking to flee the cold, wet Canadian snow for sunnier skies will likely be met with a hefty price tag for their getaway, with inflation and increased demand pushing costs up.