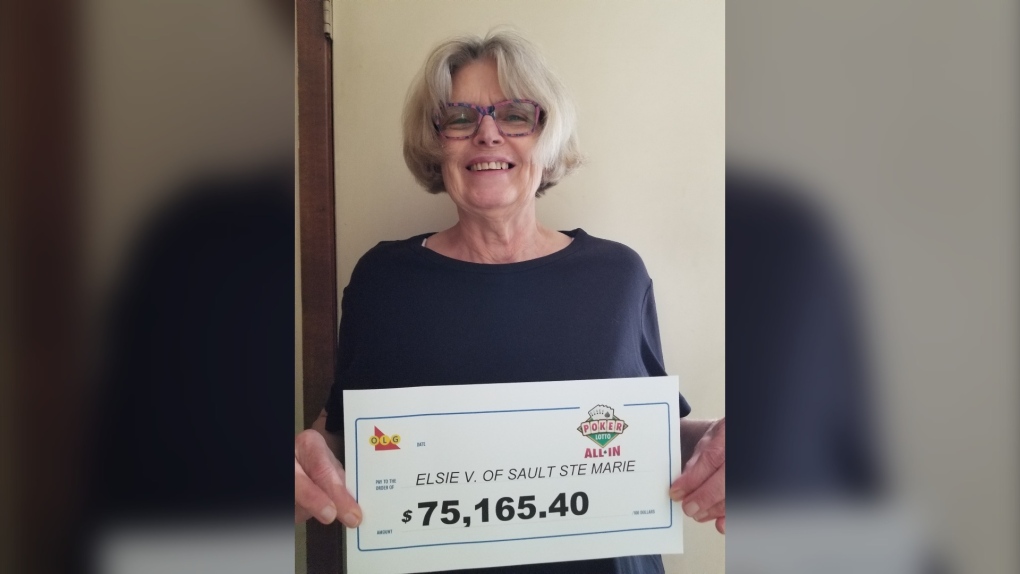 Elsie Vertulia won Ontario Lottery and Gaming Corporation's Poker Lotto All In jackpot on Jan. 25 worth $70,165.40. She also earned an extra $5,000 prize in the instant portion of the game.

She bought the ticket after asking the cashier for a recommendation.

"I bought some tickets, then asked the cashier to recommend another because I had some money left," Vertulia said. "I can’t stop thinking about how this happened. It took about five days before I started to accept this could be real."

She said she was in "complete disbelief" when she won.

"I went home and said to my husband, 'I'm buying a new truck,' and showed him my ticket. He was shocked," Vertulia said.

She plans to buy a fully-loaded red truck with her winnings.

"I’ll be driving it around my neighbourhood with a big smile on my face," Vertulia said.

The winning ticket was purchased at Mac's on Boundary Road in Sault Ste. Marie.