Sault researchers get creative in adapting to pandemic 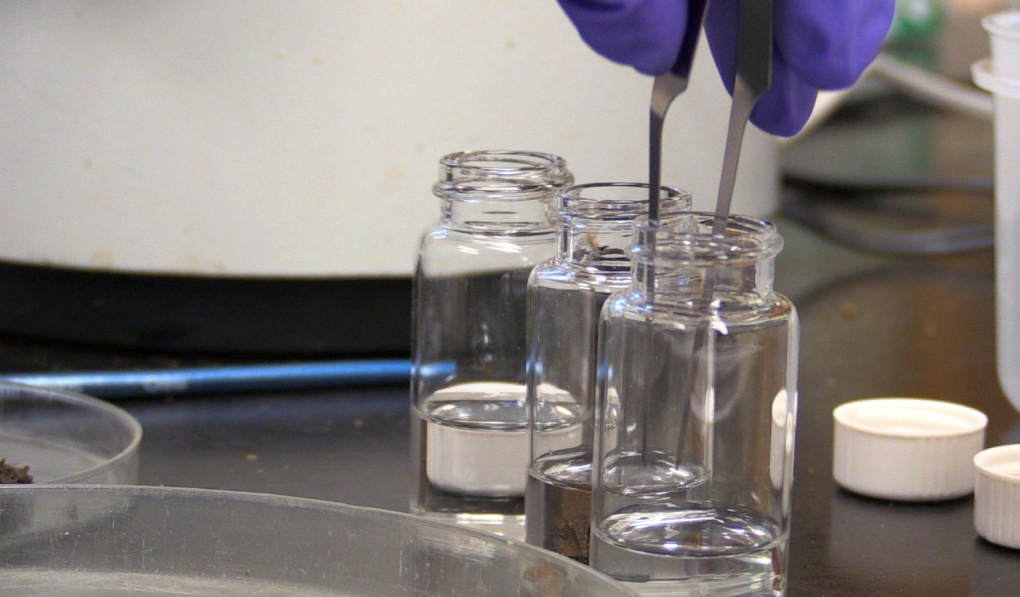 Research scientists at Natural Resources Canada are struggling with limited access to laboratories and offices, forcing them to get creative in how they do their work. (Christian D'Avino/CTV News))

SAULT STE. MARIE -- With limited access to laboratories, research scientists at Natural Resources Canada are having to adapt how they perform their duties.

That includes a married pair of entomologists in the Sault, who are not only working away from the office, but are now faced with more limited access to data than ever before.

"The windows and working on all those insects just closed because it wasn't safe for us to be out in the woods doing that," said Chris MacQuarrie, research scientist. "We pretty much missed out on all our collections because of COVID-19."

MacQuarrie and his team have several ongoing projects on invasive species across the province, but by not being able to collect them this year, interpreting data will be challenging.

"That's also the case for a lot of people in my technical team," said Amanda Roe, research scientist and Chris' wife. "For them, they need access to special equipment and you can't pack that up and bring it home with the laptop like we can."

Roe and MacQuarrie have been able to work strictly from home during the pandemic. They said they're missing some aspects, particularly interactions with colleagues, but say being able to ask each other questions is an advantage.

Now, some laboratories have started to reopen in the Sault, giving the pair a bit of hope things will pick up.

That's also the case for a research technician on MacQuarrie's team.

"Come August, we were allowed back in the building and had split my time between home and the lab," said Meghan Gray. "That's because it is easier to work here with physical samples, rather than a kitchen table and trying to store stuff in your fridge at home."

Gray said the lack of sample collection has caused major delays for some of their projects.

"Our one project with the Emerald Ash Borer was actually our final year to do a collection," she said. "So we're just going to have to interpret that data a certain way because we're missing a full summer's worth of collection."

With talks of a potential COVID vaccine being released, they're all hoping that restrictions manage to ease up by spring, the start of collection season.